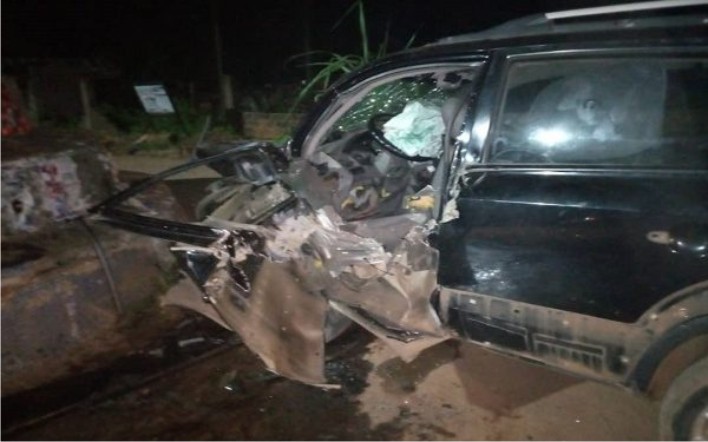 Fourteen people were lucky to escape death during three separate motor accidents that occurred on Sunday night in Anambra state.

It was gathered that a baby and four others reportedly sustained varying degrees of injuries in the crashes.

According to The Nation report, one of the accidents occurred at Umuokpu along Onitsha-Awka Old Road involving two vehicles while the others which were lone accidents occurred near a Police check point at Okija, along Ihiala-Owerri expressway and Uga Roundabout, Aguata Local Government Area of the State respectively.

He however said no death was recorded in the crashes.

“A total of Four people (3 male adults and 1 female adult) were involved in the crash, which was reportedly caused by Speed Limit Violation. Two people (1 male and 1 female) sustained some degree of injuries. The injured victims were rushed to Nworah Hospital.

“A lone Road Traffic Crash involving an Ash coloured Toyota Previa with registration number UYY573YE, was reported to have occurred near a Police check point at Okija, along Ihiala-Owerri expressway.

“The crash was caused by Tyre Burst and Loss of Control. Ten people (5male adults, 3 female adults and 2 male children) were involved in the crash. One child sustained some degree of injury. No death recorded. The injured child was rushed to Obijackson Hospital, Okija for immediate medical attention by FRSC rescue team from Ihiala Unit Command. Effort is ongoing to clear the obstruction caused.

“Another lone Road Traffic Crash (RTC) caused by Over-Speeding was reported to have occurred around 8pm at Uga Roundabout, Aguata LGA, Anambra State.

“The vehicle involved, a black coloured Hyundai Jeep with registration number AA234WER had Two occupants (1male adult and 1 female adult). Both sustained some degree of injuries, they were rushed to an unknown hospital by good Samaritan before the arrival of the FRSC rescue team from Igboukwu Unit Command.

“Motorists should plan their journeys ahead, to avoid unnecessary rush that could lead to preventable Road mishaps.

“Tyres should also be checked regularly and gauged when necessary. Most Road Traffic Crashes are avoidable. He wishes the injured child quick recovery.”

While restating that road traffic crashes were avoidable, FRSC boss advised vehicle owners and drivers to always ensure they buy and use only quality tyres (new tyres) on their vehicles.