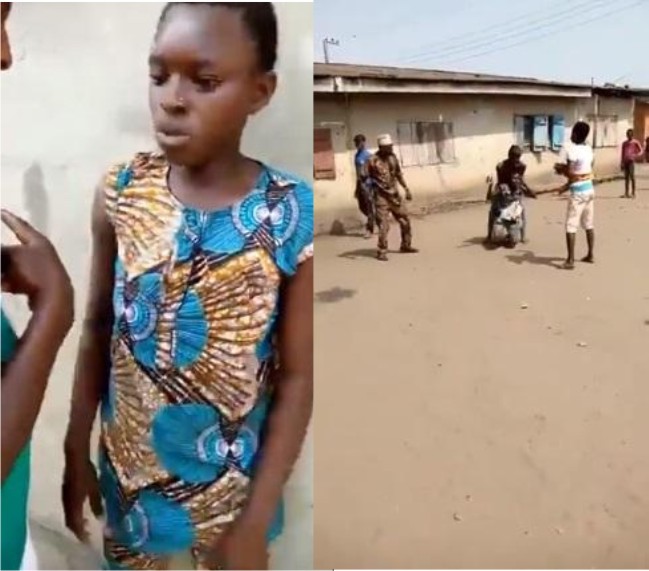 A 16-year-old mother of four was filmed being beaten mercilessly for getting pregnant for another man other than her husband.

The teenage mother is said to have four children with different men before being married to her husband. Now, she has gotten pregnant for another man who is not her husband.

According to a Twitter user, Akinnawonu Ilesanmi with username @_LADEmie who witnessed the event, the young mother was caught having affair with the man who got her pregnant.

“So, I happened to witness a 16 year old who already has 4 children for another man entirely but the present husband is the one taking Care of the the kids. She got involved with another guy again who got her pregnant, slept at his house over night.

The husband found out and they brought the issue to the community leader. This girl started fighting the husband who has been taking care of 4 kinds that aren’t his for years. This girl is just 16 ffs and she is expecting her 5th child. Scum has no gender