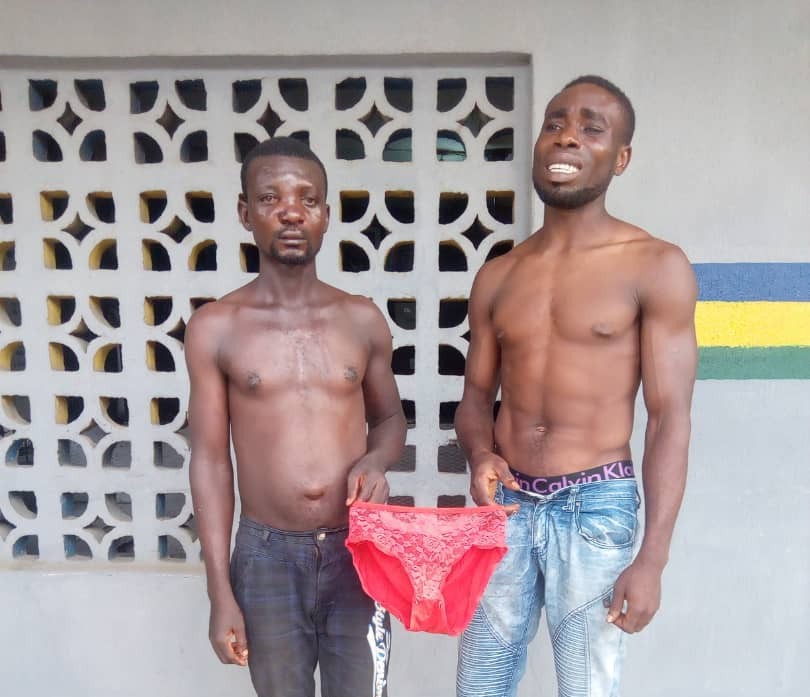 According to the information gathered from the Police, the two men are Friday Emmanuel, 21, and Obiora Nwabueze, 29.

The suspects were reportedly arrested under the Mile Two Bridge, Lagos, by operatives of the Satellite Division after they had engaged each other in fisticuffs, following the failure of one of the parties to keep to the terms of agreement regarding the stealing of the panties.

Nwabueze had earlier agreed to pay Emmanuel N30,000 on succesful execution of the ‘operation’, a promise he did not want to keep after Emmanuel had fulfilled his own part of the deal.

According to a statement by Bala Elkana (DSP), spokesman of the police, when Emmanuel brought the panties, instead of paying him the agreed amount, Nwabueze attempted to take them by force before a fight broke out.

“During interrogation, Emmanuel regretted listening to his friend Nwabueze, who was pestering him to get him female underwears he desperately needed to become rich,” Elkana said. “Both suspects were Wednesday charged to Magistrate Court 23, at Mbah Road, Ajegunle, Lagos for conspiracy and stealing.”