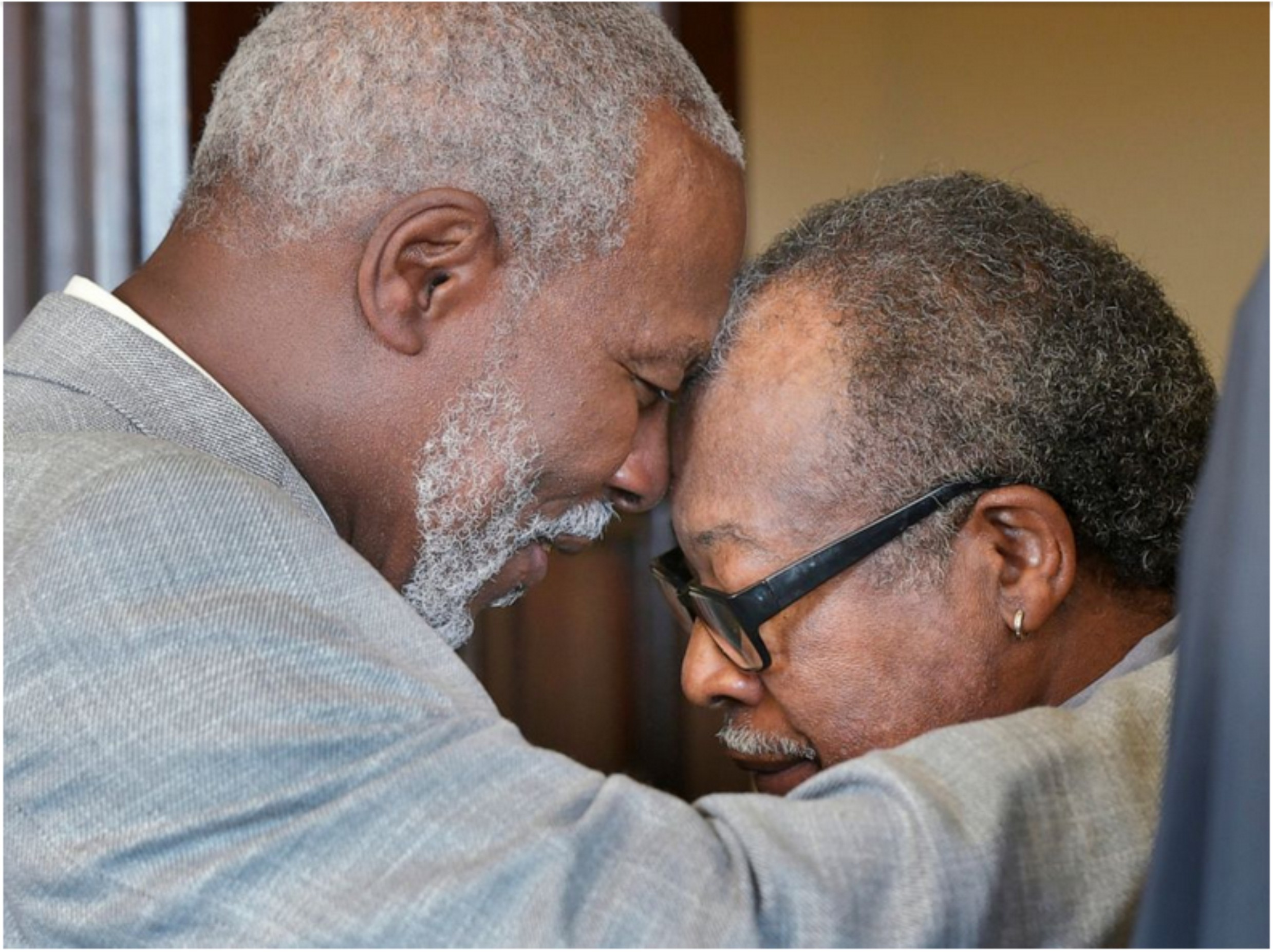 This is the touching story of Clifford Williams, who is now 76, and his nephew Nathan Myer, who is 61 who were wrongfully convicted for murder in 1976. The last time they were free men, they were 33 and 18-years-old, respectively.

Today they are walking free after a review of their case prompted the newly-formed Conviction Integrity Review (CIR) division of the State’s Attorney’s Office in Florida determined that they “no longer has confidence in the integrity of the convictions or guilt of the accused,” according to a report on the state’s investigation.

They each spent 43 years behind bars for a murder that not only did they not commit, but that someone else (Nathaniel Lawson, now deceased ) had confessed to years after the killing.

The murder in question was the May, 1976 shooting death of Jeanette Williams, who was not related to Clifford Williams but was renting an apartment from him when she was murdered.

“I feel very happy, and very sad that it took 43 years,” said Margaret Good, the attorney who represented Clifford Williams during his appeal.

“It is the opinion of the CIR that these men would not be convicted by a jury today if represented by competent counsel who presented all of the exculpatory evidence that exists in this case fort the jury’s consideration,” the report states.

Myers thanked the State’s Attorney’s Office and the Innocence Project of Florida, who filed the motion necessary for their charges to be cleared and who helped in their representation.

“I lost almost 43 years of my life that I can never get back, but I am looking ahead and will focus on enjoying my freedom with my family,” Myers said in a statement released by the State’s Attorney’s Office.”

Florida is one of 33 states that compensate individuals who were wrongly imprisoned and subsequently exonerated. The state stipulates that individuals can receive $50,000 per year that they were wrongfully convicted but with a cap of $2,000,000. The compensation law excludes anyone with either one prior violent felony or more than one non-violent felony.

Myers will be eligible for such compensation, but Williams will because Williams had two prior felonies before the 1976 shooting.