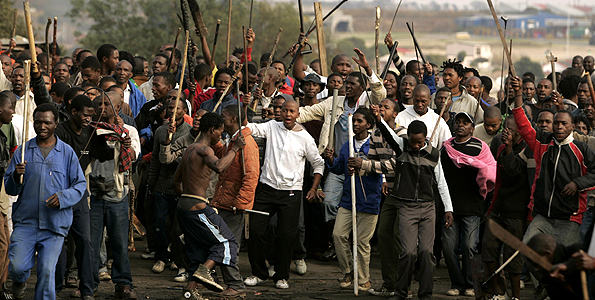 The recent xenophobic attacks in Johannesburg and Cape Town on April 5th and April 6th respectively have claimed the lives of two Nigerians.

According to the Assistant Public Relations Officer of the Nigeria Union in South Africa (NUSA), Odefa Ikele, one of the deceased persons, Goziem Akpenyi, was allegedly stabbed to death by three unknown South African men during a heated argument at Bellville Stadium parking lot in Cape Town at about 1 p.m. on Friday, April 5th.

Ikele added that the second victim identified as 48 year old Bonny Iwuoha, from Ihitte/Uboma in Imo state, was stabbed to death at about 11:45 p.m. on April 6, 2019 in Johannesburg South. Accoridng to eyewitnesses, his assailants followed him from 152 Hay Street Turffontein, and thereafter, stabbed and killed him in front of his gate at Turf Road, Turffontein.

The Nigerian Union executive said that the latest killings brings to six the number of Nigerians killed in South Africa in March and April.

”Three of the victims were murdered in Sunnyside, Pretoria and one in Balfour Park, Johannesburg,” he said.

Ikele called on the Nigerian Government to impress on the South African government that the killings have to be investigated and the culprits prosecuted.