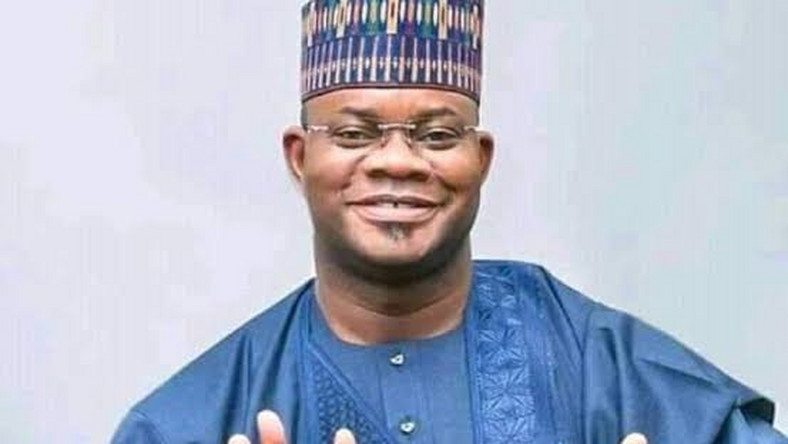 Governor Yahaya Bello of Kogi state has said that the alleged pact for former Governor of Lagos state, Bola Tinubu to succeed President Buhari is not binding on All Progressives Congress members.

Bello who said this in an interview with Daily Trust, stated that the  APC is guided by a constitution which every member and even intending members ought to read and understand.

He added that Nigeria is not a banana republic which a committee of one or two persons will see as a personal estate or property.

“Senator Tinubu is one of our leaders and I respect him so much. He has played a very significant role in Nigeria’s democracy and has built a lot of people. He has paid his dues, and with all respect, as a son to him, my simple advice is that it is time for him to allow his children take over the mantle of leadership and do it to the glory of God and his admiration. He should see that those children he raised are now doing well. Let him see how we manage this country in his lifetime. However, he has a right to run, nobody is questioning that. I always urge everybody to respect him for the roles he has played in this country’s democracy. He is a man of integrity, to be candid.

“The APC is guided by a constitution, which every member and even intending members ought to read and understand. Let me tell you that Nigeria is not a banana republic, which a committee of one or two persons will see as a personal estate or property. You can’t even do that in a council ward in this country, not to talk of Nigeria as a country.”

“Governing this country is not a one or two-man show. We also have the constitution of the Federal Republic of Nigeria, which is guiding us. Every action and activity of powers is clearly spelt out in the constitution.

“I was not there when the purported or implied understanding took place. But today, we have over 40 million members of this great party and you are telling me that, assuming without conceding, that such understanding took place, we are bound by it? I think President Buhari and Senator Tinubu have the interest of this country and the APC at heart. They want a popular, credible and qualified Nigerian to lead this country.

“President Buhari is leading an all-inclusive government and party, not for the two of them or few individuals. This idea of me and my friends or associates is archaic and aristocratic. It should not be discussed in a democracy because it is outdated and has no place again in our constitution; not anywhere in the world.”

On if APC would survive if Tinubu is denied the party’s ticket and he pulls out with the South-West, Bello added;

“You don’t build a house and destroy it. I don’t think he will do that. He has grown past that. As an elder statesman he will not say the country should be destroyed in his lifetime, not even after his demise, so I don’t see him doing that.

“I can speak for him, that at an appropriate time he will throw his weight behind a Nigerian youth to take over the leadership of this country while he would be behind the scene giving support as an elder statesman. I think that is what he is going to do. He is a smart politician.”

When asked if the APC will survive after President Buhari’s tenure, he said;

“Sure. If you look at it critically, what was the membership of the party when it was formed? I don’t think it was up to 10million, but today, Nigerians who did not belong to any political party in the past have joined the party. We are no longer talking of legacy parties, we are talking of the APC. I didn’t belong to any legacy party, my first political party was the APC, and by the grace of God, it will be my last. I don’t see myself under any circumstance ever leaving the party for another one.

“Nigerians believe in the APC, not legacy parties. However, you won’t rule out agitations by few members of the legacy parties over one thing or another. It is allowed; that is the beauty of it. I think anybody whipping up the sentiment of legacy parties today is doing so for personal reasons.

“I know that the leader of our party, President Muhammadu Buhari, believes in it. All the governors, senators, members of the House of Representatives and state houses of assembly, as well as chairmen of local governments and councillors, were elected on the platform of the APC, not as members of legacy parties. So I believe the party would not only win in 2023 across board, it will last as long as humanity exists.”