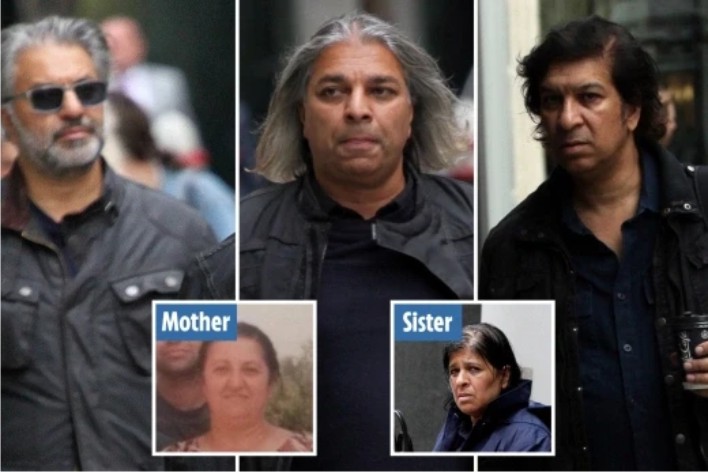 Three brothers, Remo, Nino and David Rea, were left empty-handed after their mum gave her entire £850,000 fortune to their sister.

After losing a court appeal over the mum’s will, the brothers have blamed a “grumpy” judge for leaving them with nothing in an “emotionally charged” family row.

The three brothers claimed their mum Anna -who died aged 86 in 2016 only left them out of her will because their sister Rita (pictured below), a former tennis coach, had poisoned her mind against them.

The three brothers, all on their 50s fought their sibling for an equal share of their mum’s fortune in 2019.

But a judge ruled against them handing the whole fortune to 56-year-old Rita.

They then appealed, blaming “annoyed” and “grumpy” judge – Deputy Master Jonathan Arkush  for not giving them a fair hearing.

They also insisted they should get a second chance to fight their case.

On Wednesday, April 14, ruling on the appeal and handing the estate to Rita, the High Court rejected their claims.

The judge, whilst at times “impatient” with the brothers, had in fact been trying to help them and was not unfair, said appeal judge Mr Justice Adam Johnson.

The court heard that a previous will, written in 1986 by their mum, who had emigrated to the UK from Italy following the Second World War, split everything equally between her four children.

But another in 2015 cut her sons out almost entirely.

They were only left with very small legacies, which were totally eaten up by funeral expenses, while their sister inherited her £850,000 home in Brenda Road, Tooting, south London.

In the will, she declared: “I give my daughter my property absolutely as she has taken care of me for all these years.

“My sons have not taken care of me and my daughter, Rita, has been my sole carer for many years.”

At end of the court case, Judge Jonathan Arkush found the will was valid and there was no evidence to support the brothers’ accusations.

He ruled: “She had reached her own decision on the matter and her mind had not been poisoned by anyone.”