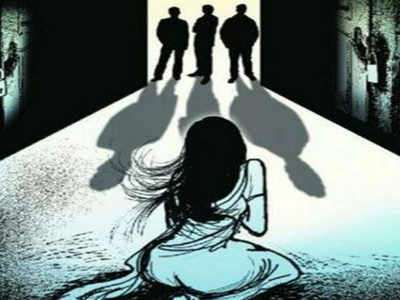 Three teenagers who allegedly gang-raped a teenage girl, were yesterday, remanded in Kirikiri Prison by an Ikeja Chief Magistrates’ Court.

The Chief Magistrate, Mrs Olufunke Sule-Amzat, refused to grant the bail application for the accused persons and ordered their remand in prison.

The accused, Wasiu Lawal, 18; Tosin Taoreed, 18, and Peter Joseph, 19, all residents of Ikate, Ajah area of Lagos, are on trial for conspiracy and rape.

Earlier, the Prosecutor, Insp. Benson Emuerhi, had told the court that the offence was committed on Nov. 18 at 11.00 p.m., at Eyiwuwawi St., in Ikate, Lagos.

Emuerhi told the court that the 18-year-old girl who was sent on an errand by her uncle was on her way home when she was ambushed by the trio.

“When the girl was coming home after delivering the message, she met the accused who forcefully dragged her inside a workshop. The accused covered her mouth so that her voice would not be heard and forcefully penetrated into her vagina one after the other,” Emuerhi said.

The prosecutor said that after the assault, the girl cried to the house and told the uncle what happened.

“The case was reported at the police station and the accused were arrested,” he said. According to him, the offences contravened Section 261 and 411 of the Criminal Law of Lagos State, 2015. Sule-Amzat adjourned the case until Jan. 21, 2019, for hearing on bail application.