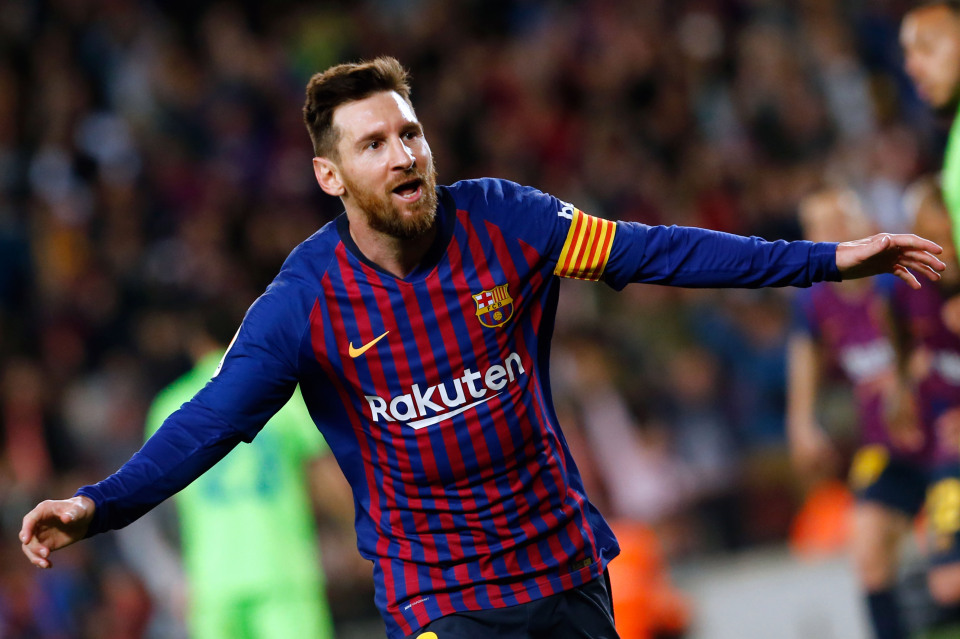 Lionel Messi notched his 600th goal in all competitions for Barcelona on Wednesday when he found the net against Liverpool .

Messi struck a second-half brace in the first leg of the UEFA Champions League semi-final at the Camp Nou. He reached his landmark total with a stunning free-kick from distance.

It meant the Argentinian reached the tally exactly 14 years on from his first goal for the club against Albacete in 2005, when he was assisted by Ronaldinho .

Messi has reached the milestone just four days after Cristiano Ronaldo netted his 600th club goal on April 27. The former is 31, though, while the latter turned 34 in February.

Of Messi’s 600 Barcelona goals, 417 have come in La Liga, 112 in the UEFA Champions League and 50 in the Copa del Rey. He’s added 13 in the Spanish Super Cup, five in the FIFA Club World Cup and three in the UEFA Super Cup, per UEFA’s official website .

Many of them have been incredible:Included in Messi’s tally are 70 penalties and 42 free-kicks. Here’s a look at just some of the latter:
He has netted a total of 45 hat-tricks for the Blaugrana, and 26 of his goals have come against Real Madrid in El Clasico.
Messi’s goals have contributed to a great deal of success for Barcelona, including 10 La Liga titles, six Copas del Rey and four UEFA Champions Leagues.

His most prolific campaign came in the 2011-2012 season, when he bagged 73 goals in all competitions. This season, he has 48 for club and country.