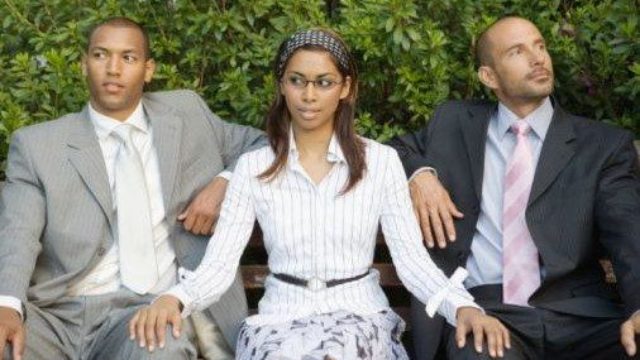 Polygamy is generally accepted in most countries as a form of marriage. In some of these countries, it is both culturally and religiously suitable for a man to marry more than one wife.

However, having a woman marry more than one husband is not common, no matter how liberal the society is.

Yet, polyandry relationship has been in existence for long. For example, fraternal polyandry is practiced among Tibetans in Nepal, parts of China and part of northern India, in which two or more brothers are married to the same wife, with the wife having equal “sexual access” to them.

Traditionally in African societies where polyandry was practiced, it was borne out of socio-economic necessity. For instance, a woman may have need for more than one man in order to handle all the duties around the home such as farming, cattle-rearing, shepherding, and so on.

We have gathered six known countries with tribes that practice polyandry and they are listed below:

Nigeria
Although largely uncommon in Nigeria, there are tribes in Nigeria that also allows polyandry. Among the Irigwe of Northern Nigeria, women have traditionally acquired numerous spouses called “co-husbands”. The Irigwe people of Nigeria practiced a woman having co-husbands until their council voted to outlaw it in 1968. Until then, women moved from house to house, taking on multiple spouses, and the children’s paternity was assigned to the husband whose house the woman lived in at the time.

India
India as a country has more than one tribe practicing polyandry. Polyandry is prevalent in parts of North India by Paharis in the Jaunsarbawar region while in Kinnaur, Himachal a minority of the people justify and practice Polyandry. As descendants of the Pachi Pandavas (five brothers who were husbands to a woman named Draupadi daughter of King Panchala), they believe they have to carry on the tradition.

Asides them, the Toda tribe of Nilgris, Najanad Vellala of Travancore and some Nair caste Sytems in South India also practice polyandry.

A survey of 753 Tibetan families by Tibet University in 1988 found that 13% practiced polyandry.

Kenya
In August 2013, Kenyan witness polyandry when two men decided to be husbands to a woman they both love. It is noteworthy that Kenyan laws don’t explicitly forbid Polyandry and legal action can’t be taken against people who practice it. There have also been reported cases of polyandry among the Massai people of Kenyan.

China
The practice of fraternal polyandry is common among the people Tibet in the Nepal parts of China and India. It is based on the belief that a child can have more than one father and usually when two or more brothers marry one woman, they all have equal sexual access to her.

The practice is encouraged if the family is poor and can’t divide their properties amongst the offsprings of separate fathers. So they keep their small farmlands and properties big by getting married to the same woman.

South America
Polyandry also existed among tribes in South America as the Bororo practiced polyandry while up to 70 percent of Amazonian cultures may have believed in the principle of multiple paternity. “The Tupi-Kawahib also practice fraternal polyandry.

The Lele people of the Democratic Republic of Congo

The Lele people are a subgroup from the Kuba Kingdom of the Democratic Republic of Congo who originally resided along the Kasai River region. Due to the slash and burn agricultural system they practice, the Lele set up temporary villages as they move every ten to fifteen years.

Before the 1920s when the White administration had not been established, the Lele mostly engaged in fights with other groups over women. They did not quarrel with other tribes or raid other villages for anything apart from women. Any big debt or crime amongst them was also settled by handling over a woman.

A village wife is treated with much honour and enjoys her honeymoon which lasts for a period of six months or more. She does not cook, draw water, cut firewood or do any of the usual work of women. If she wishes to go to the spring or to bring back some water, one of her husbands will declare that she must not carry the load and will accompany her, shouldering the calabash.