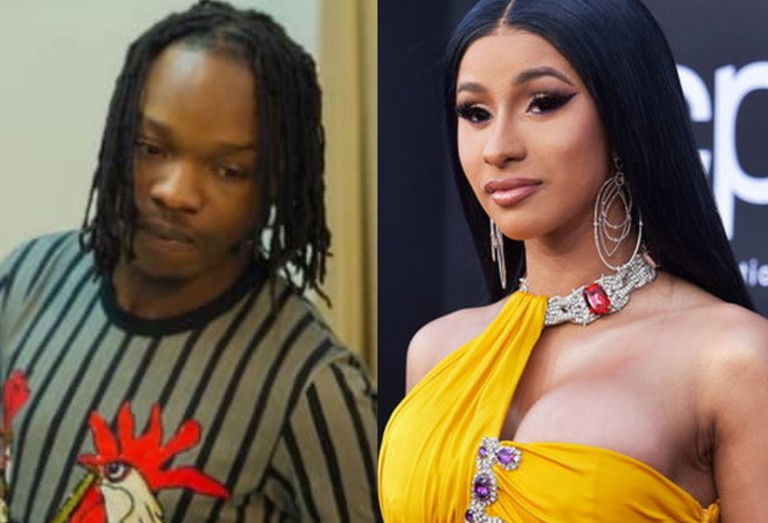 Cardi B and Naira Marley have very interesting similarities that you will find unarguably true.

The two artistes can be said to among the biggest superstars that capped off the immediate past decade in style from their respective countries in their chosen trade.

Despite the difference in nationality there seems to be a lot of attributes between Cardi B and Naira Marley which sets them apart among their contemporaries, endearing them much closer to their fans in a manner never seen before, affirming their meteoric rise to stardom. Read six of the attributes they share below.

1. HUMBLE BEGINNINGS : While Cardi B, was born to a Dominican Father and Trinidadian mother with the name Belcalis Marlenis Almánzar in Washington heights Manhattan NYC,she was raised in the Highbridge neighborhood of the South Bronx. Cardi’s decision to be a stripper before attaining stardom is proof of how tough life had been in her early childhood before fame came her way. Naira Marley on the other hand was born in Agege,Lagos state in Nigeria before moving to Peckham UK at the age of 11.

2. CONTROVERSIES: Overtime both Artistes have successfully launched themselves as controversial figures to their ever teeming fan base as the name Naira Marley and Cardi B cannot be mentioned without an ounce of controversy in it. Cardi B caused significant controversy after throwing one of her shoes at and attempting to physically fight Nicki Minaj at an after- party hosted by Harper’s Barzaar during New York fashion week 2018. She later stated that Minaj had previously “liked” comments made by other users on social media, who spoke negatively about Cardi B’s abilities to take care of her newly born daughter. Minaj denied the accusations. As for Naira Marley is rise to stardom was on the back of a supposedly unfortunate incident which later turned into a blessing in disguise. Prior to his arrest by the Economic and Financial Crimes Commission (EFCC) in May 2919,Naira Marley was largely unknown by a large number of the Nigerian populace,his arrest by the antigraft agency shot him to instant fame and he has been nothing short of controversies ever since.

3. RAW LYRICS: I think this is like stating the obvious. Nearly all songs released by both Artistes in the course of their musical career contain vulgar slangs with lots of uncensored words.

4. LARGE FAN BASE: In the era of social media,getting songs/videos to trend on the go is now as easy as ABC especially for the likes of Cardi and Naira who command a large social media following on their respective pages. An ever growing online presence and a large fan base on the streets sets them miles ahead of their contemporaries.

5. GLORIFICATION OF CANNABIS: Hardly would you listen to a song from Cardi B or Naira Marley without the mention of marijuana in it. Their knack for glorifying cannabis in their lyrics is second to one. This is slowly constituting a social menace in the society as most of their fans go to extreme length to prove loyalty to their idols in other to act out the lyrics,throwing caution to the wind.

6. GLORIFICATION OF PROSTITUTES: Another additional similarity between both artists is the fact that they both praise prostitutes in their songs. While Cardi’s reason for that is understandable formerly being a stripper, we guess Naira’s is due to the various experiences he’s had with them.

If you got any more similarities, feel free to add them via the comment section below.