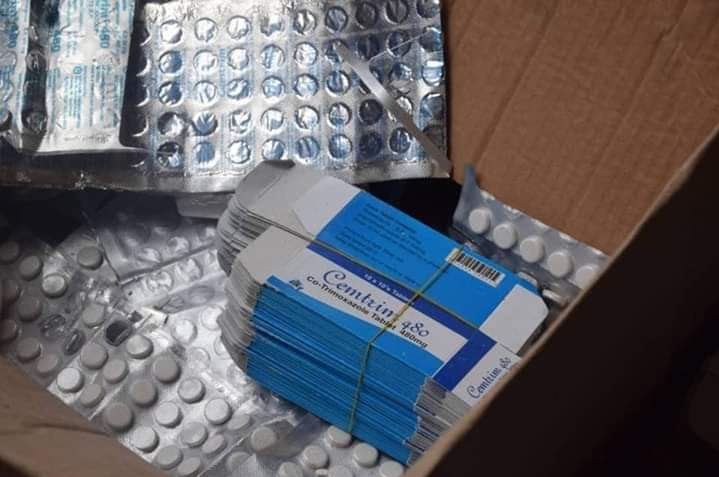 Police has arrested some group of people producing fake drugs in Lagos. The drug from the picture is ‘Cemtrim 480’. If you have been buying it, it will be wise that you stop. We hope the police will also trace the drug stores that buy these drugs from them.

This was shared by a twitter user who said:

“Police nab these ANIMALS for fake drug production in Ikotun area of Lagos state. They are Emeka Madu, Eze Young, Chijioke Umunna and Kingsley Obilo. Which ritual activity pass this one?”

See the pictures of the fake drugs they were producing