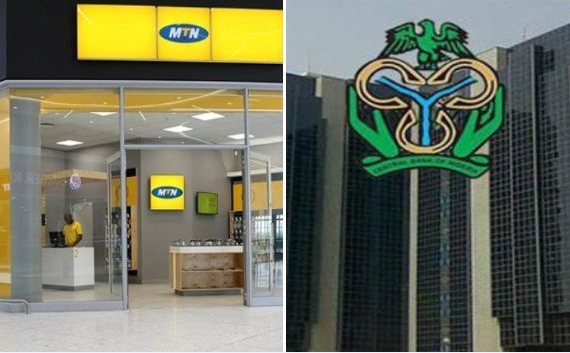 Telecommunications giant, MTN Nigeria Communications Limited, said on Thursday that it had reached an agreement with the Central Bank of Nigeria over the $1.8bn being demanded from it by the apex bank.

The $1.8bn demand by the CBN followed alleged forex remittances infraction by MTN.

Rather than yield to the demand, MTN, through its lawyer, Chief Wole Olanipekun (SAN|), sued the CBN and the Attorney General of the Federation before the Federal High Court in Lagos.

In the suit filed before Justice Saliu Saidu, the telecoms firm challenged the powers of the defendants to make the monetary demand from it and prayed the court to restrain them from coming after it.

However, at the December 4, 2018 proceedings in the case, the parties told the court that they were opting for an out-of-court settlement and prayed for a short adjournment to be able to talk.

When they returned to the court on Thursday, Olanipekun said his client had finally reached an agreement with the CBN.

He presented before the court a document containing the terms of the settlement between the parties, which he said, they would love the court to endorse as its judgment on the case.

Counsel for the AGF, Olanike Idenu, did not oppose the application by MTN and CBN but urged the court to strike out the name of the AGF from the suit.

Justice Saidu thanked the parties for saving the precious time of the court and sparing it the rigours of litigation.

He struck out the name of the AGF from the suit and adopted the terms agreed upon by the parties as the judgment in the suit.

The firm urged the court to hold that the CBN’s $8.1bn demand was “illegal, oppressive, abusive, unauthorised and unconstitutional.”

The telecommunications giant urged the court to declare that “the 1st defendant’s decision in its letter of August 28, 2018, with Ref No GBD/GOV/COM/DGF/118/121, addressed to the plaintiff and titled, ‘Investigation into the remittance of foreign exchange on the basis of the illegal capital importation certificates issued to MTN Nigeria Communications Limited’ were reached in breach of the plaintiff’s right to fair hearing.”

It also urged the court to void a September 3, 2018 letter written to it by the AGF, demanding $8.1bn as “penalties for the offence of ‘infraction of forex remittances’.”

MTN sought a court order “restraining the 1st and 2nd defendants from giving effect to the decisions, demands and directives in their letters of August 28, 2018, and September 3, 2018, respectively.”

However, the CBN, in its statement of defence and counter-claim, urged the court to dismiss MTN’s suit, insisting that the telecommunications giant must refund $8.1bn to the Federal Government.