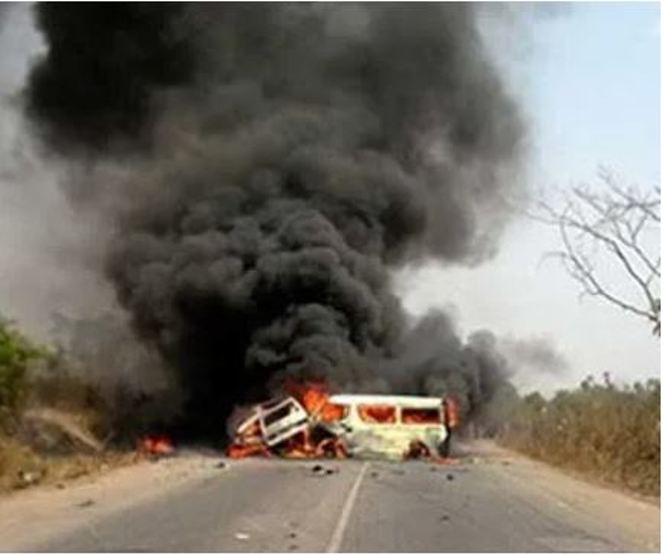 The accident at Omotosho Step Down Bridge, on Ore-Lagos expressway in Odigbo Local Government Area of Ondo State on Friday July 22 took the lives of nine persons.

The crash, which happened early this morning involved two vehicles, a white Toyota Hiace bus and a Honda Accord Saloon car.

The remains of the victims had been deposited at the morgue of the General Hospital in Ore.