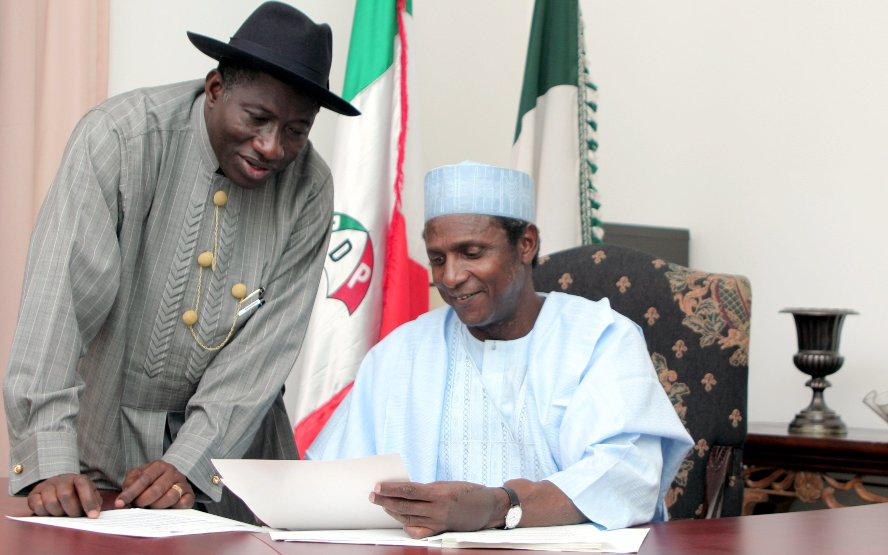 Jonathan who served with Yar’Adua as Vice President and later became president after his death, described the late Yar’Adua as a selfless leader.

He stressed that the former president always placed national interest up and above self or ethnic interest.

“On this day nine years ago I lost a friend, colleague, brother, and boss, President Umaru Musa Yar’Adua. He was a selfless leader who placed national interest above personal and ethnic gains.

“President Yar’Adua was a man of integrity with a humble spirit who always took upon himself the burden of national reconciliation, peace-building, and democratic consolidation.

“He used the opportunity he had in public service to build bridges of love, foster unity and give hope to Nigerians.

“Today, I remember and celebrate him for the works that he had done. Peace he lived for and homes of peace he built. Democracy he loved and democracy he nurtured. We will always remember you for your service. A servant leader truly you remain,” he wrote on twitter.”

On the part of Senate president Bukola Saraki, he wrote:

Today, I remember the selfless statesman, former President Umaru Musa Yar’adua, who passed on 9-years ago. His legacy of integrity as a great leader will always remain indelible in our hearts. May the mercy of Almighty Allah (SWT) continue to be upon him. Amin.

The Presidential candidate of the PDP in the just concluded 2019 election, former vice President Atiku Abubakar also used his Twitter handle to sent tribute to the Late President.

This day, 9 years ago, Nigeria lost a patriot and a compassionate leader in President Umaru Yar’Adua. May Allah SWT continue to shine His Noor on his face. Amin. – AA