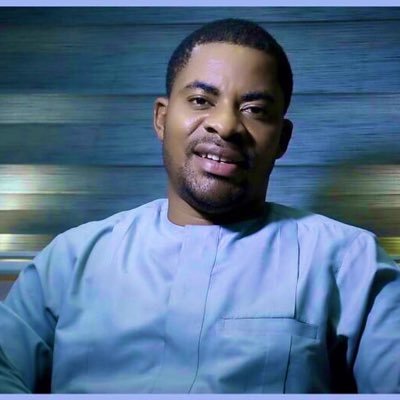 A socio-political activist, Deji Adeyanju has slammed religious leaders who claim that certain politicians or electoral candidates were selected by God, saying that God has nothing to do with dishonest politicians.

He particularly condemned the Islamic cleric in Kano who connected Tinubu/Shettima tickets to a Jihad’s.

He said such a religious leader is just like the clergymen of Christendom who claim to recieve revelations that one electoral candidate or the other has divine ordination to lead the nation.

“Nigerians must reject the urge to vote for people along religious and ethnic lines,” Deji says.