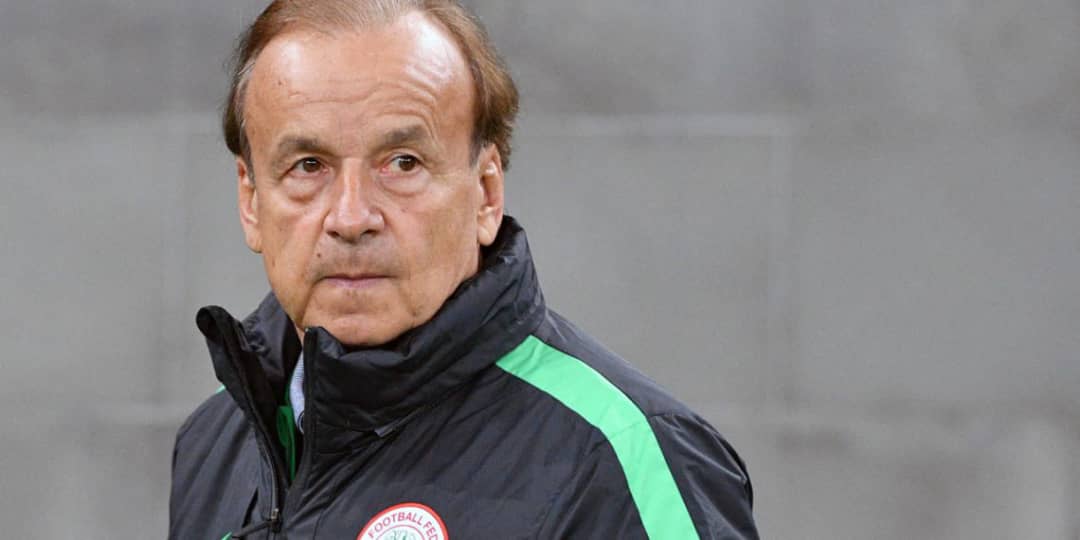 Super Eagles head coach, Gernot Rohr has dismissed insinuations in some quarters that he is under pressure to win a laurel with the team he inherited from former international, Sunday Oliseh in 2016, maintaining that the devil you know is better than the Angel you know nothing about.

It had been suggested by Some analysts that though the Eagles did well in qualifying for the Nations cup without the usual migraine before qualification, the team needs to be given a close look with a view to effecting some changes especially in the goalkeeping area considered a bit shaky.

But in a swift reaction, Rohr told whoever cares to listen that he has decided on the trio of Francis Uzoho, Daniel Akpeyi, and Ikechukwu Ezenwa.

“We have a little challenge because our young goalkeeper Uzoho has not really played at his club this season,” Rohr told BBC Sport.

“Uzoho made one mistake in the last qualifier [against Seychelles] but we gave him a chance with the youth under-23 and it was good for his confidence.

“Daniel Akpeyi is playing now for a big team in South Africa and doing very well. Our third goalkeeper Ikechukwu Ezenwa to is good so we can work harder with them.

“We have a good spirit as a team since the World Cup, so there’s no time to bring in new players,” he submitted.

Luckily Eagles who got what has been described as soft draw will face two debutants of the Nations cup Burundi and Madagascar with only Guinea expected to pose a bit of a challenge has been to the Nations cup 11 times and posting their best performance in 1976 in Ethiopia where they ended up as runners up to eventual winners Morocco.

The Syli Nationale has also made it to the quarterfinals four times, the latest being at the 2015 edition in Equatorial Guinea.
Incidentally, Eagles were absent in the last two editions and will need to show on the pitch that indeed they are back. All the 24 teams that will battle for honors in Egypt have till June 10th to submit their final 23-man squad.