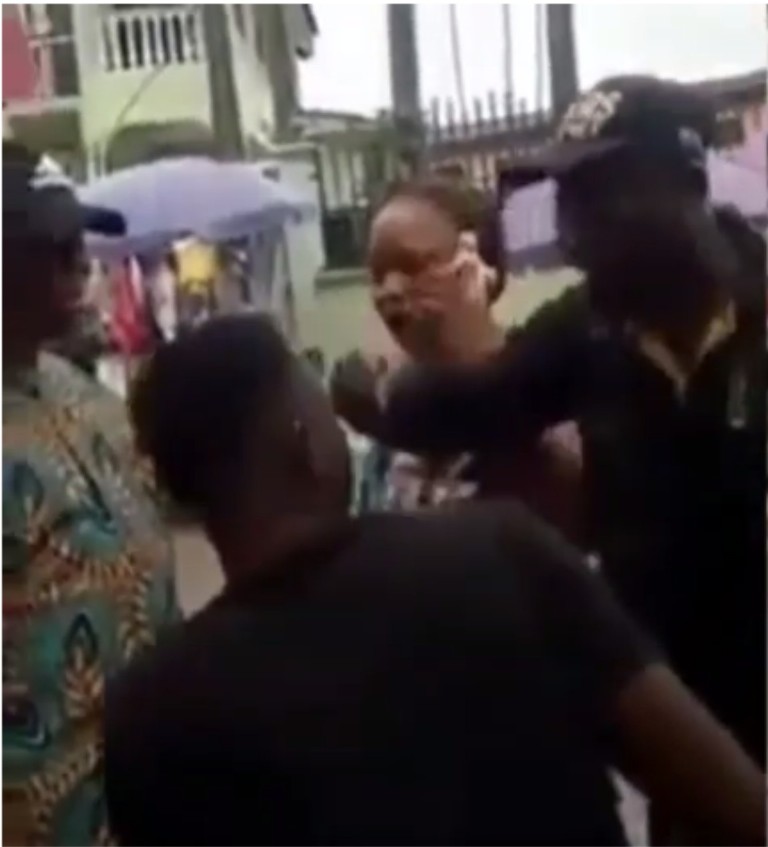 It seems the end to brutalization, dehumanization and threat to life Nigerians suffer daily in the hands of officers of the Special Anti-Robbery Squad (SARS) is unfortunately not coming anytime soon.

Just when we about to move on from one disastrous episode of SARS maltreatment of Nigerians, we are confronted with a fresh, sometimes, more alarming one!

This time, a man was brutalized by SARS officials because he refused to let them search his phone in a market in Oke Ira, Lagos.

The man kept screaming “I know my rights,” while the SARS flogged him as they demanded he unlocked the phone for them.

Because he refused succumb, the officers can be seen in the video slapping and hitting him repeatedly with a piece of wood. They also pushed him and refused to stop hitting him even after others in the market place mildly protested the brutality.