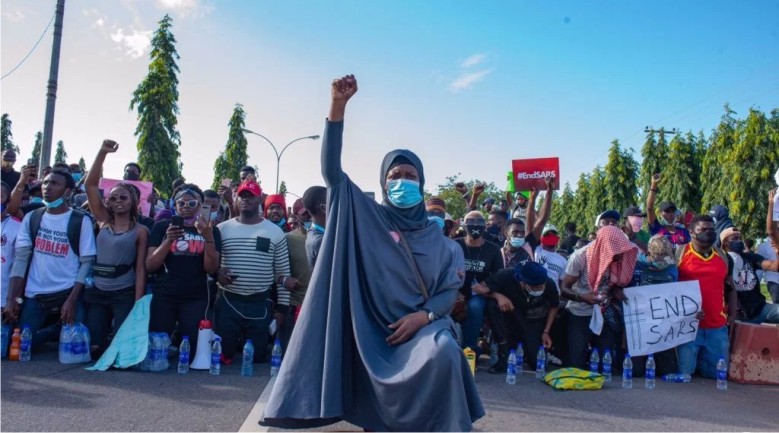 Human Rights Activist and co-convener of the Bring Back Our Girls (BBOG) movement, Aisha Yesufu has said she will not defend her personality before anybody who claims that she is a gay rights activist.

She took to her Twitter handle on Sunday to reply to calls from certain quarters for her to defend herself against accusations of being a gay rights activist.

Aisha who is a prominent figure of the #EndSARS protest made it clear that her religion forbids such practices but that doesn’t mean others need permission from her to live their lives the way they want it.

She pointed out that while some people were sponsoring propaganda against her in the media, she doesn’t care, noting that while the practice didn’t start in her time, it surely won’t end in her time, adding that she remains true to who she is regardless of what others think or say.

She wrote: A journalist asked me to defend myself against allegations that I was a gay rights activist & I said me, Aisha Yesufu defend myself before anyone? If I am gay I would not need anyone’s permission to live my life and if Nigerian govt arrests me I will continue in prison. Nonsense!

“My religion forbids it on me & not on you. You have your religion I have my religion”