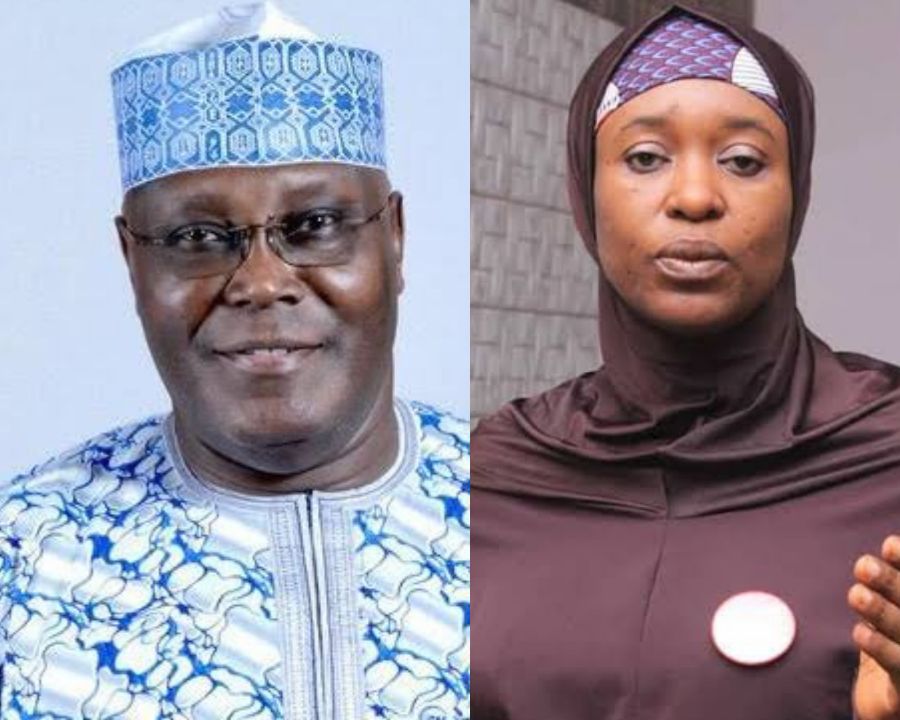 Popular Nigerian activist, Aisha Yesufu has slammed the presidential candidate of the Peoples Democratic Party (PDP), Atiku Abubakar over the ongoing crisis in the party.

There has been a rift in the party since their primary elections, which deteriorated after Atiku chose Ifeanyi Okowa, the Delta State Governor, as his running mate.

According to party sources, Atiku set up a committee to advise him on the selection of a running mate. Out of 17 members of the committee, 14 voted that the suitable running mate should be Nyesome Wike, the governor of Rivers State.

However, Atiku went against the decision of the committee and chose Okowa.

Reacting to the decision, Governor Samuel Ottom of Benue State recently accused Atiku and the party of offending many stakeholders and Wike for the way the selection process went.

Reacting to the PDP rift, Aisha Yesufu slammed Atiku for being the cause of the crisis, while claiming that he will unify Nigeria.

She wrote, “He is going to unify the country but currently tearing his party apart. Same party he left to go join opposition. Used money, body and soul to campaign for Buhari to win election but he was forgiven because he has the dollars!
Na stomach infrastructure dey worry PDP”