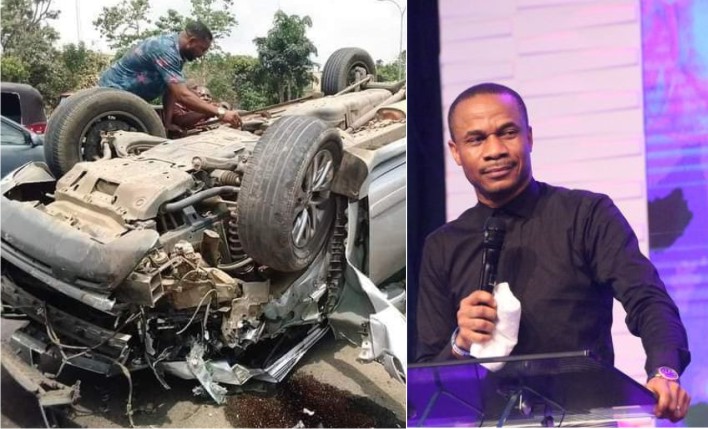 In what has been described as a miracle, the Senior Pastor, Full Life Christian Center, Rev. Ntia I. Ntia on Saturday, came out unhurt after his car somersaulted in Akwa Ibom state.

The pastor was heading home after evangelism when the accident happened along IBB Way, Uyo.

It was gathered that the church had held a Praise Session after which they embarked on evangelism then returned to the premises where they were dismissed for the day.

Pastor Ntia was said to have been driving when the car suddenly somersaulted.

After leaving the accident scene, the pastor went to an Uyo based hospital for check up where he was confirmed hale and hearty.