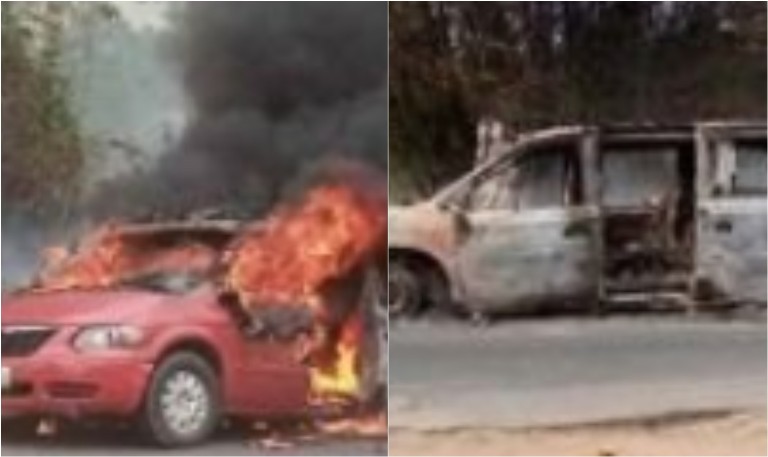 An ambulance conveying the corpse of one Mrs. Onyemata said to be mother of Rev. Fr. Alex Onyemata, a Catholic priest serving under Okigwe Catholic Diocese, was gutted by fire over the weekend.

The corpse was reportedly rescued from the fire caused by petrol leakage while the ambulance was on its way to Mercy Mortuary in Umulogho community of Obowo, Imo State.

According to eyewitnesses, family members and other mourners rescued the corpse from the fire incident which occurred on Saturday January 11, at  Owerri-Umuahia expressway. The corpse was subsequently carried in a stretcher to the mortuary by the mourners who were forced to walk.