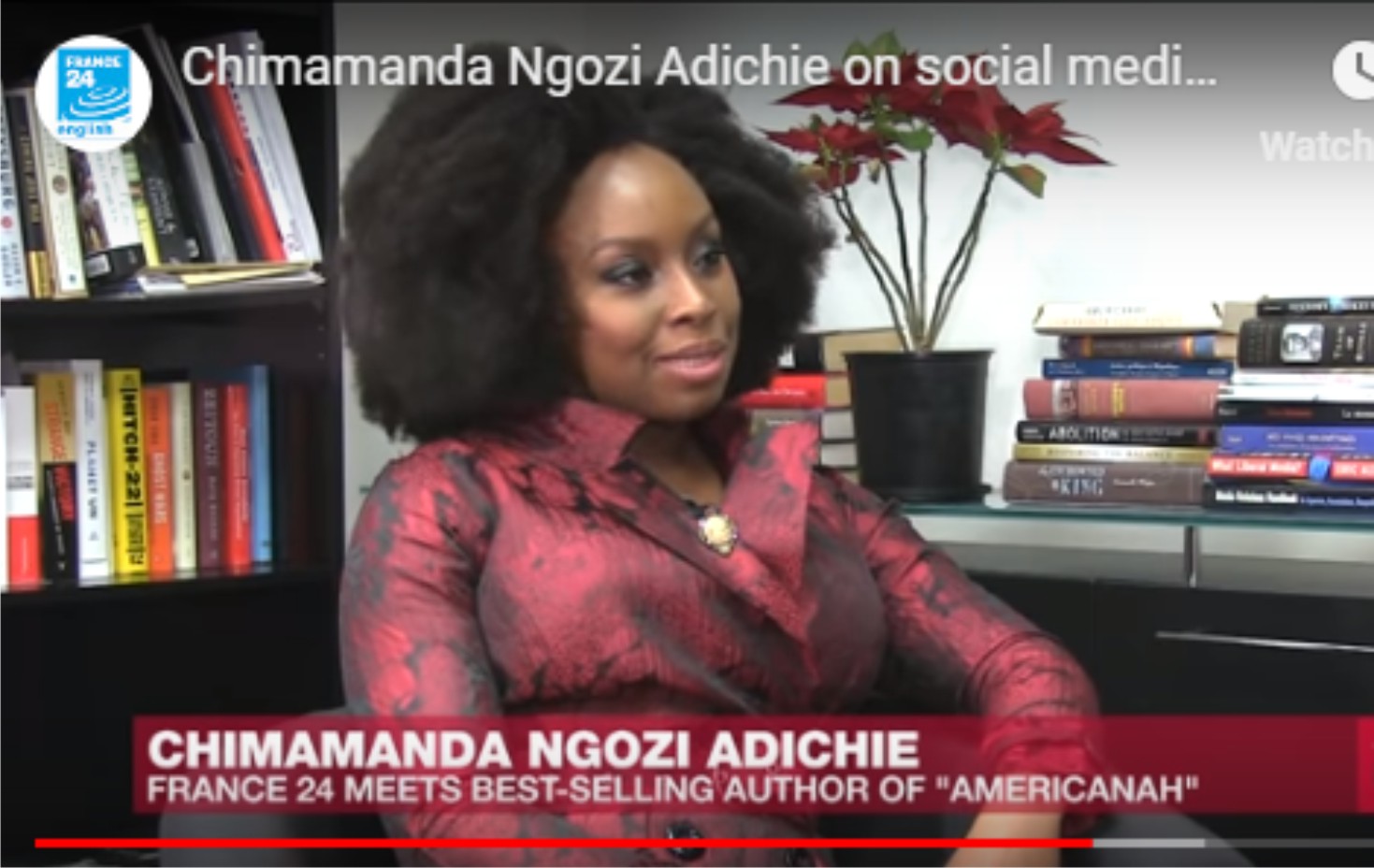 American based Nigerian author and Feminist, Chimamanda Ngozi Adichie was a guest on The Interview on France 24 and spoke about the social media, Feminism, Americanah and the American President.

The author, during the interview, said to Sonia Dridi that the character of the American President is very familiar to her as a Nigerian.

Speaking about the US President, Chimamanda Adichie says, “I think Trump is very similar to an African big man in so many ways; intentionally stubborn, insensitive, ignorant, very disrespectful of everybody else,”

On social media, she says, “I am not a big fan of social media but at the same time, I realise that it can be a good thing. It can really get ugly and sometimes seem almost inhumane.”

On her Award-winning book, Amaricanah, Ms Adichie says she just wanted to write about race, class, gender and immigration and was pleasantly surprised that it did very well because she deliberately avoided following convention while writing it.

Watch the full interview below: