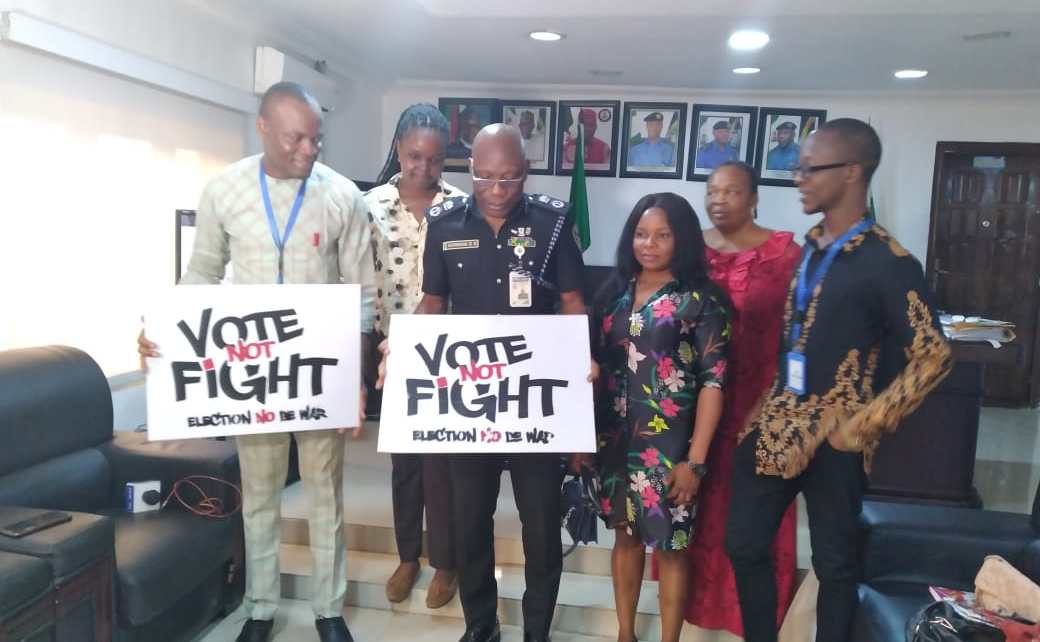 The Commissioner of Police in Anambra State, Echeng Echeng has commended youths in the country for their involvement in the electoral process ahead of the 2023 general elections.

He said the growing enthusiasm being demonstrated by the youths was an indication that the forthcoming election would be peaceful and devoid of violence.

Echeng made the commendation on Tuesday in his office during an advocacy visit by Catch Them Young Community Initiative (CATYCOI), a non-governmental organization led by its Executive Director, Nonso Orakwe.

He said, “Thank God the youths, for the first time are demonstrating much enthusiasm which we should all be proud of and rejoice about. The Nigerian don’t deserve to be used for violence, fight and cheat.

“They’re becoming more aware that they have much stake and their voting strength can be another headache if not properly channeled.

“They must see the election as not a fight, but a process to enthrone those capable of managing the affairs of the country. I just wish they will come out enmasse on election day to exercise their franchise.”

Acknowledging the role the organization played in the November governorship election which was adjudged peaceful and credible by both local and international observers, the CP expressed optimism of improvement in the next year exercise.

“I’m happy you’re starting quite early to get the youth involved in the process, including sensitization programmes. The Federal Government is committed to delivering a free, fair credible elections. There’s no favoured party or politicians.

“The AIG, on his part is also committed in the process, including training of officers, part of which is the ongoing seminar on election management crisis across the country.

“We’re ready to work with you as we did last year to ensure the 2023 election comes out better than that of last year. Your contributions reduces our burden, including youths sensitization programmes could have been part of our duty,” he added.

He regretted Sunday’s attack on the convoy of Senator Ifeanyi Ubah which claimed about five lives, saying such ugly experience was among incidents his organization was out to fight against.

“We’re here to solicit for your partnership to deal with electoral violence in the state. We’re poised to promote good governance and democracy and civic engagement and policies.

“Our vision is to see young people proactive in good governance and community development in the Southeast, as well as providing them with necessary information to shun all forms of violence.

“Our partnership with the police during last year’s election yielded massive harvest that culminated in a peaceful and successful poll. Today we’re given another task not only in the State but the entire Southeast.

“We’re not only going to be walking with you, but with religious, traditional and youth organizations, INEC, NOA, persons with disabilities for inclusiveness,” he added.