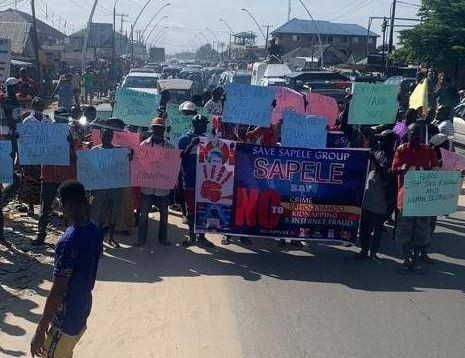 Youths under the aegis of “Save Sapele Group” embarked on a peaceful protest in Delta State on Tuesday, September 17th to condemn cybercrime and Internet fraud in the country.

Speaking during the peaceful protest, one of the leaders said, “the protest was to condemn the activities of some misguided elements that engage in despicable activities such as Internet fraud, cybercrimes and kidnapping in Sapele”.

He added, “We don’t want ‘Yahoo yahoo’, we don’t want Internet fraud, we say no to 419 and ritual killings… Sapele is known for commendable activities and not illegal acts as being portrayed”.