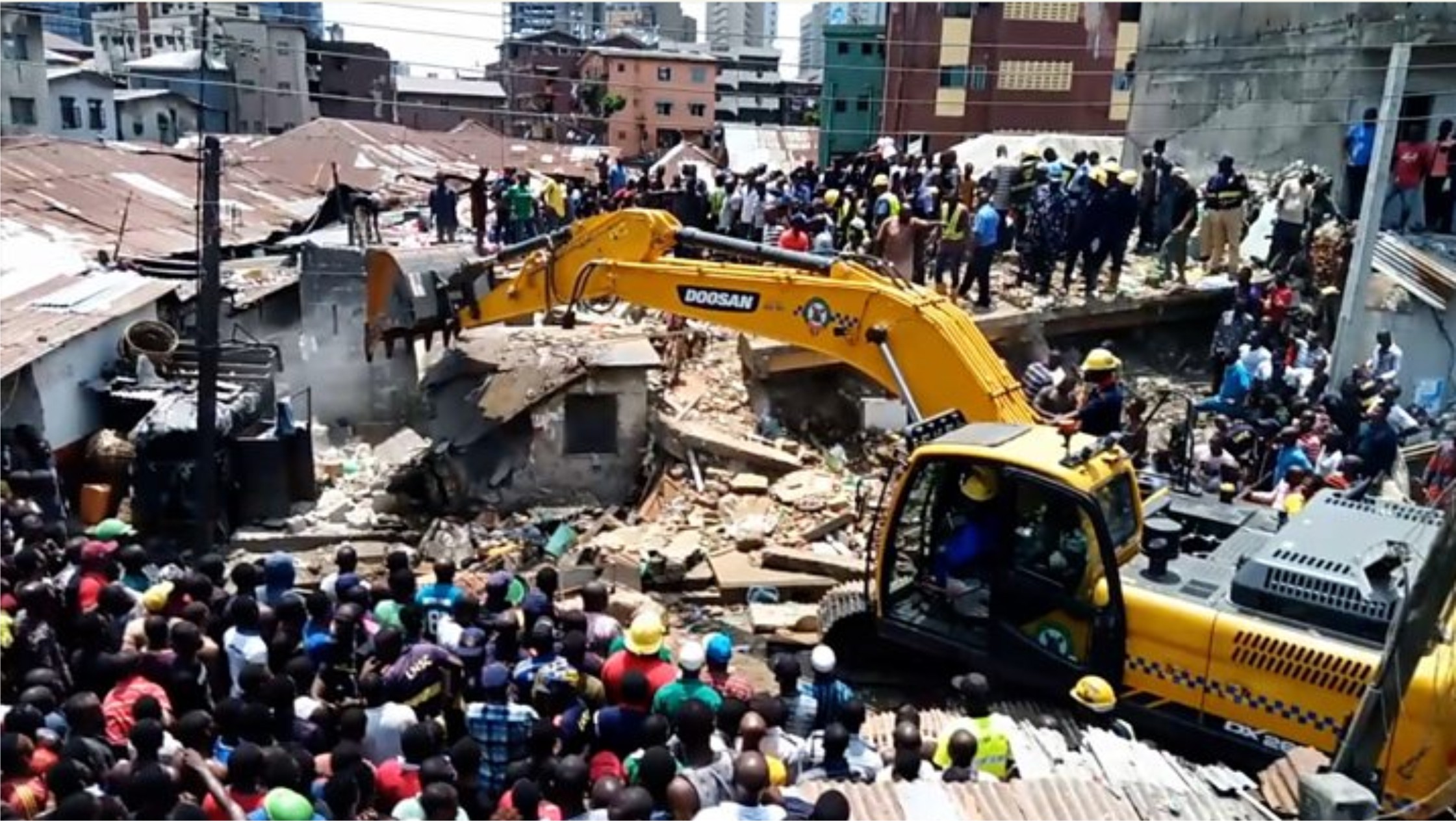 The Lagos State Government has debunked claim that a building on 57 Egerton Square, Oke Arin on Lagos Island collapsed on Monday with people trapped.

There have been several reports online, including videos that another building had collapsed on Lagos Island, but the government has denied such.

He said what happened was that officials of the Lagos State Building Control Agency, LASBCA, were demolishing the building on Egerton Square and that a scavenger got injured while trying to pick up something from the building.

Also, LASBCA officials who were at the scene said there was no collapsed building and that they were pulling down a structure when a scavenger tried to pick up something and was injured.

LASBCA Public Affairs Officer, Titi Ajirotutu denied that a building collapsed on Lagos Island, saying that the building was under demolition and that one person who was trying to pick up something from the building was seriously injured, while dismissing various online reports of a collapsed building.

However, an eye-witness who craved anonymity said the building did not collapse on its own, but that it was being demolished.

When contacted, the Director of the Lagos State Fire Service, Rasaki Musbau, told PM News that he could not confirm that a building collapsed on Lagos Island, but that he learnt that there was a demolition ongoing on the Island.