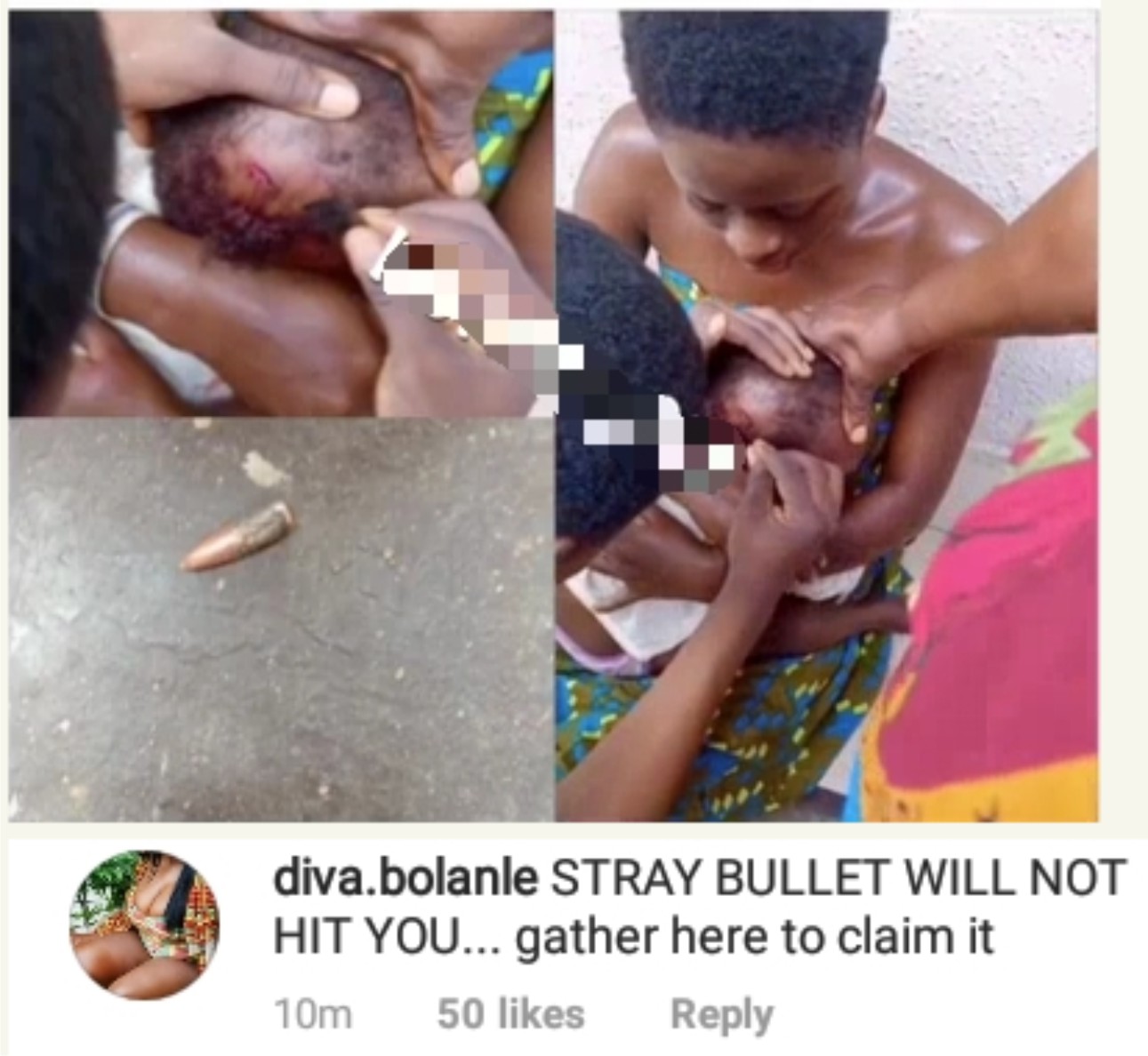 While we are still mourning the death of Mr Kolade Johnson who was killed by a stray bullet in Lagos, another stray bullet has gone out on the loose to kill another person in Rivers state.

Details of how the stray bullet came about is not known at the moment, but the video below shows a boy being treated for a bullet wound on the lap of a woman who might be his mother.

Below are people’s reactions to the incident on social media