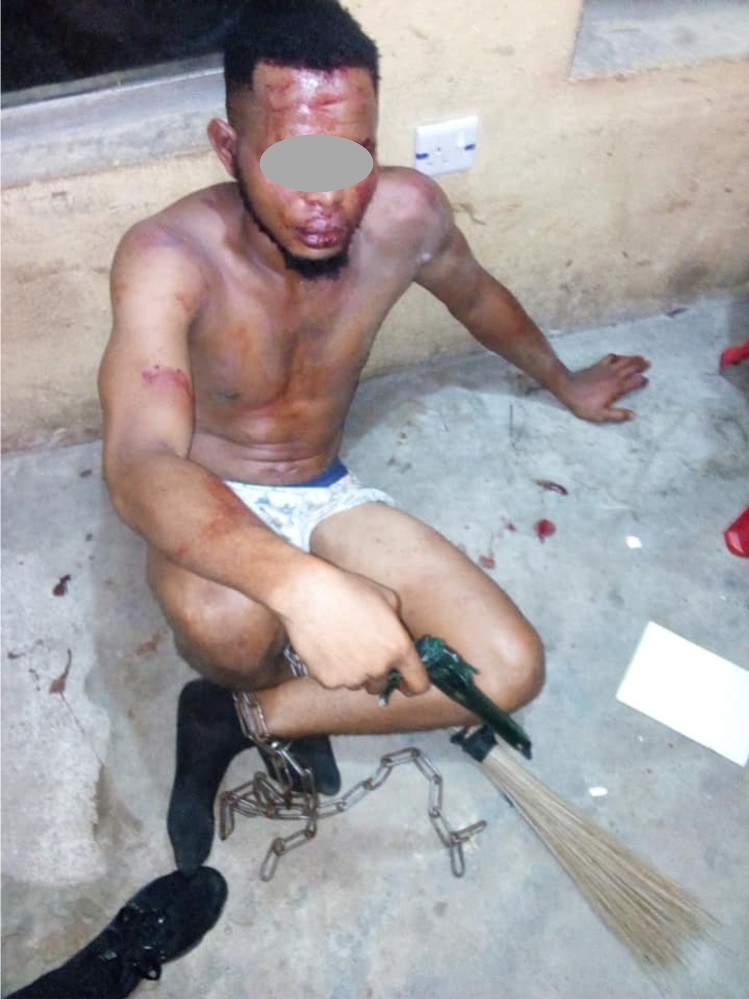 Officers of the Man O’ War at the University of Uyo, Akwa Ibom state, arrested an armed man who allegedly specializes in waylaying students and robbing them of valuables on campus.

He was caught in the early hours of today at ECN Block by Man O War officials, after they sighted him robbing some students of their phones and laptops at gunpoint.

The Man O’ War officials alongside some members of Thunderbolt, who were on early morning training exercise, quickly swung into action and overpowered him, recovering a locally-made pistol, phones and a laptop.

On interrogation, he gave his name as Daniel Clement and confessed he has been perpetuating the act for a while.

Narrating the incident, one of the officers said “while we were jogging during our morning drills, we sighted the guy pointing a gun at students, we quickly mobilised and ran there and overpowered him just as he was about collecting the laptop from the guy and we also recovered the gun.”

“In line with the Vice Chancellor’s zero-tolerance for campus crimes, our command is poised to contribute our quota to ridding the campus of such evil”, he added.

He was thereafter handed over to the Security Unit and thereafter, Police Anti-Cultism Unit.