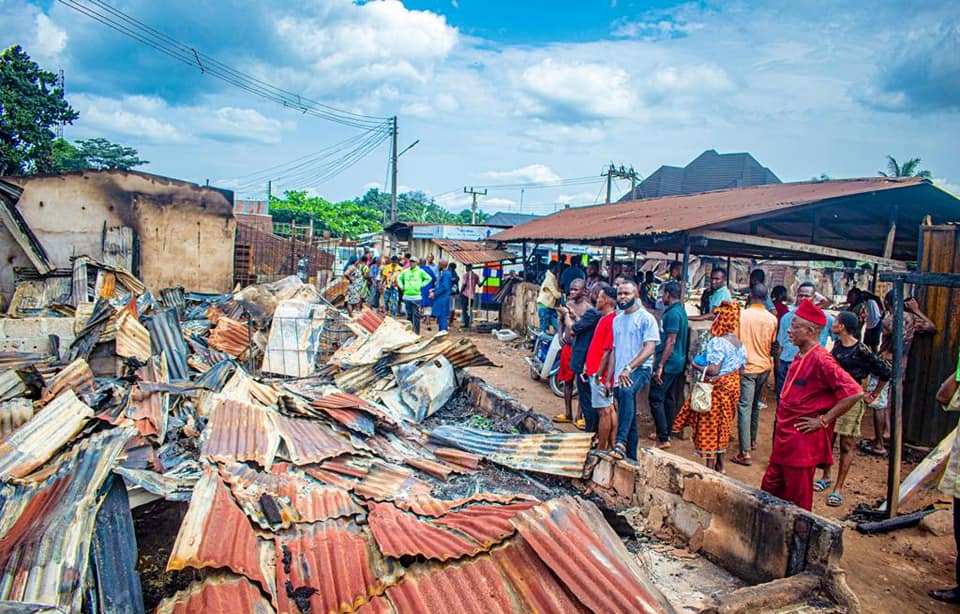 Heartbreaking photos have emerged from the scenes of the attack on Awo-Omamma, the community in Oru East local government area of Imo state which was set on fire after the operatives of the Nigerian Army launched a reprisal attack following death of a soldier.

The sad incident which took place on Monday happened after unknown gunmen attacked operatives of the Nigeria Army, resulting in the death of a soldier. This led to the army launching a reprisal attack in the area, burning houses, shops and vehicles.

Meanwhile the Chief of Staff to Imo State Government, Barr. Nnamdi Anyaehi lead a delegation of the state government to Isieke Junction of Awo-omamma on Wednesday for an on-the-spot assessment of the tragic incident.

According to the officials, ‘Governor Hope Uzodinma has ordered for an immediate investigation into the incident, promising to ameliorate the loss as recorded by the community. While acknowledging the contributions of our security agencies in the fight against insurgency in the region, the Government would appreciate professional conduct from the Military in this regard and as well.’

The Chief of Staff was accompanied by the SA to the Governor on Youth Affairs, Hon. Eric Uwakwe and some other government officials.