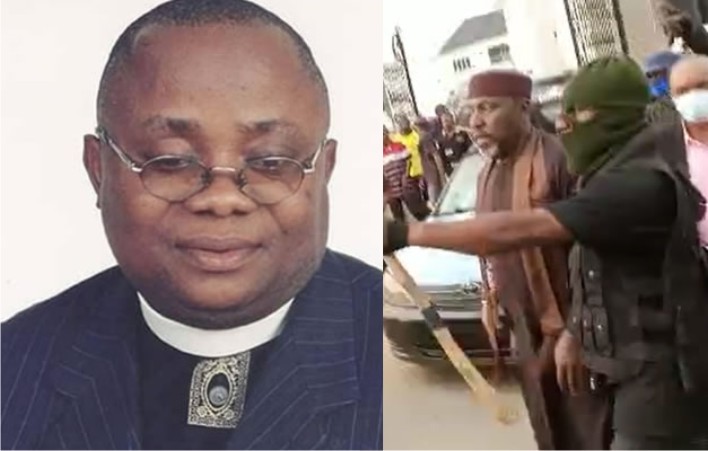 Prophet Ekong Ituen of Christ Deliverance Ministries in Lagos, has said that he warned former governor of Imo state, Rochas Okorocha of an impending humiliation.

This comes after Okorocha was arrested on Sunday, Feb 21, for forcefully entering the contentious Royal Spring Palm Estate sealed by the Hope Uzodimma-led State Government.

According to Prophet Ekong Ituen, it is on record that while Okorocha was the Governor of Imo State, I warned him of impending political humiliation that will make him irrelevant in his state after his tenure.

The prophecy, in part says;
“The incumbent Governor of Imo State, Rochas Okorocha will experience political humiliation that will make him irrelevant in his state after his tenure.”

The prophet also made references to popular newspapers where the prophecy was publicized;