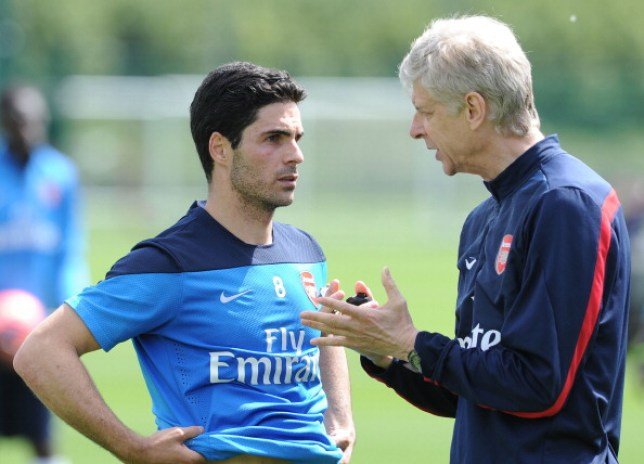 Former Arsenal coach, Arsene Wenger has spoken highly of Mikel Arteta and how he has improved the Arsenal team since coming on board.

Arteta took over the Gunners in December 2019, after Unai Emery was sacked over abysmal performance.

Emery himself had replaced Wenger in the summer of 2018.

When Arteta arrived, Arsenal was languishing below mid-table, with noises of discontent within the squad.

But the 38-year-old, who spent five years as a player under Wenger, has worked wonders to restore the club’s identity as well as creating a sense of positivity and momentum that convinced captain Pierre-Emerick Aubameyang to sign a new contract last month.

Arteta has already added the FA Cup and the Community Shield to the trophy cabinet at the Emirates.

Wenger has been impressed by the Spaniard’s start but hopes to see an improvement in the club’s Premier League form after they finished eighth last season.

“[Arteta] got the grip back on the team. They finished well, though they had a bad Premier League. Fifty-six points!” Wenger noted in an interview with The UK Times.