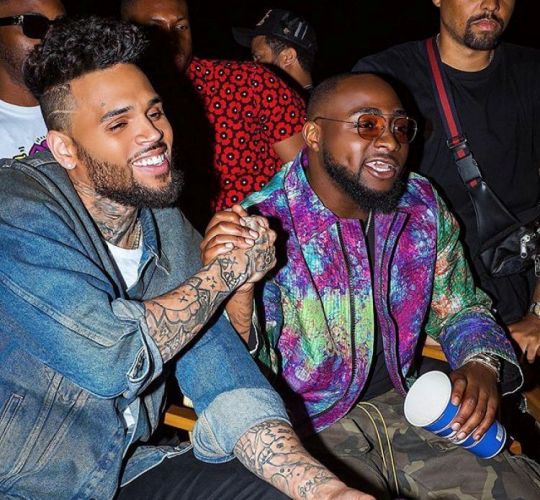 DMW boss, Davido is excited to announce that American Singer, Chris Brown has indicated interest to be part of his wedding train as he weds his fiancée, Chioma Rowland.

Davido made the the announcement in a tweet, saying: ‘Chris say he wan Dey my train oooo. Imagine Chris in attire’.

It would be really fun to see Chris Brown a Nigerian traditional attire.