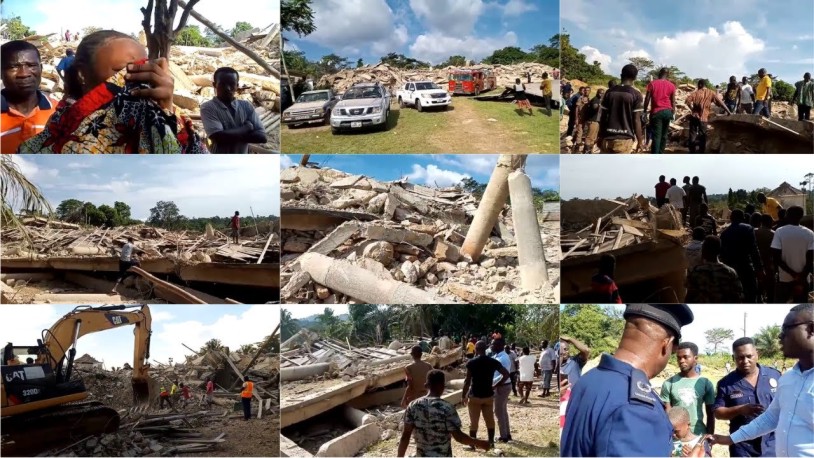 Not less than 17 members of a church were killed in eastern Ghana when the three-storey church building collapsed, local officials said Thursday, with more people, feared trapped in the rubble.

One survivor told local media that some 60 people were inside the building belonging to the Church of Prosperity when it collapsed Tuesday in the town of Akyem Batabi.

“We’re bringing more excavators to clear the rubble,” he said. “We fear there are more people trapped down there.”

Eastern Region Minister Eric Darfour said the rescued had been sent to the hospital.

“We do not have an idea of the number of people still trapped but the rescue mission is ongoing,” Darfour said.

The causes of the accident were still unknown but the church’s founder, Prophet Isaac Ofori, popularly known as Akoa Isaac, was assisting police with its investigation.

Survivor Mavis Antwi told local media that worshippers inside the church “heard portions of the building coming down”.

“We started running away, some of the people managed to escape but others were trapped,” she said.