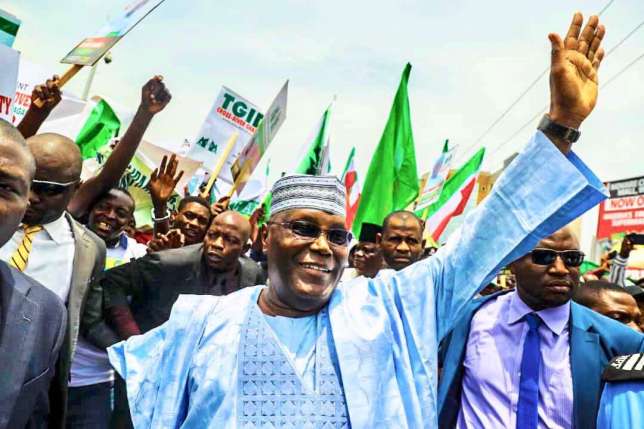 The Coalition of United Political Parties (CUPP), the umbrella body of over 45 major opposition parties has picked the presidential candidate of the Peoples Democratic Party, Alhaji Atiku Abubakar as consensus candidate of the opposition ahead the 2019 general elections.

CUPP took the decision on Wednesday after a closed door deliberation at Yaradua Centre Abuja. A statement by Barrister Ikenga Imo Ugochinyere, national spokesman of CUPP said over 41 political parties in attendance, endorsed the decision which enjoyed majority support.

“CUPP is pleased to announce former Vice President, Alhaji Atiku Abubakar, the Presidential candidate of PDP as the consensus candidate of the Opposition.

“The coalition arrived at Atiku’s choice after he towered high on the criteria used by the opposition in arriving at the decision which includes national acceptability, financial capacity, spread of his political party, leadership capacity, international acceptability, experience, capacity to rebuild the economy, secure the country and unite all Nigerians among other factors” Ugochinyere said.

CUPP disclosed that the coalition parties will be formally meeting with Atiku before Friday for formal commencement of the coalition campaign.