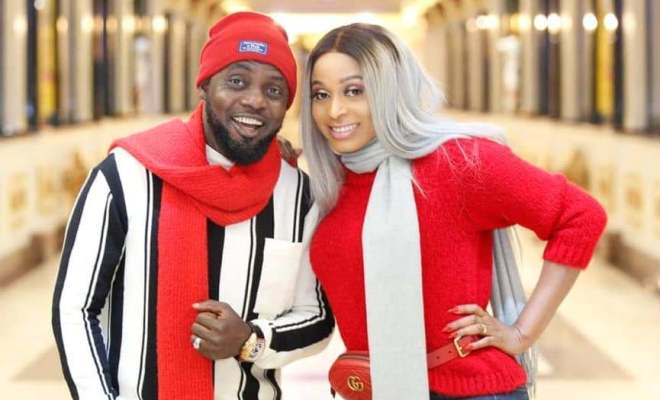 This afternoon, Ace Comedian, AY took to his Instagram page to share a video of his wife, Mabel who is on holidays in London.

In the video, Mabel can be seen sexily flaunting her beauty to the admiration of many, including her husband, AY.

Thereafter, a troll decided to use the comment section of the post to assert that the bum Mabel was flaunting had been enhanced, “AY wife sef don do yash ooo.”

AY did not waste anytime in putting her right, saying the bum is as it has been given her from father to mother and to daughter.

Watch the video below and see the comments that followed.

1 thought on “AY gives epic reply to troll who said his wife, Mabel did surgery on her bum bum”