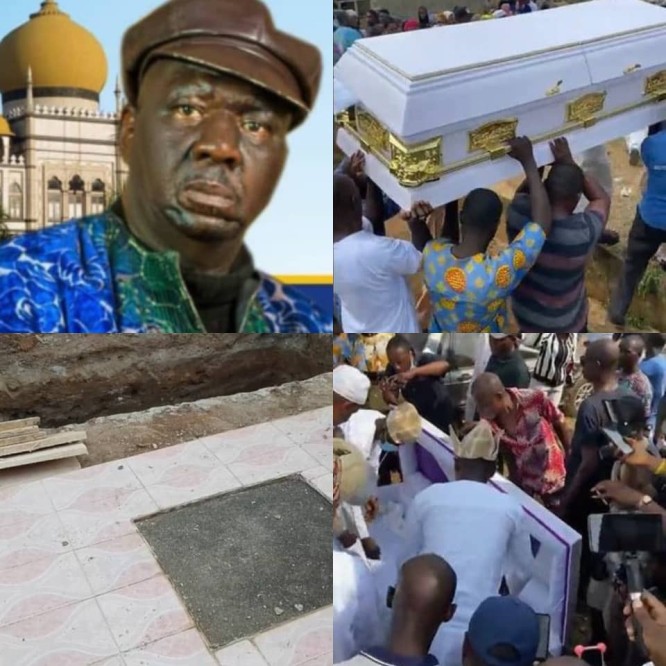 There was a disagreement between Islamic clerics and family of late Nollywood actor, Babatunde Omidina aka Baba Suwe which caused a delay in the burial of popular comic actor.

This was after a massive crowd early Thursday morning besieged the Ikorodu residence of the late actor to catch a glimpse of his body before internment.

A cleric, Sheikh Ahamad Olanrewaju Alfulanny reportedly expressed dissatisfaction over the un-islamic practices exhibited by the family and other well wishers. He noted that in Islam, the normal practice is to bury a dead person within few hours of being pronounced dead.

He said although Baba Suwe, until his demise, was a celebrity Islam but he didn’t give room for unnecessary jamboree during burials.

He said, “There are so many things that they are doing, that are un-Islamic, they put his body in a casket, some other well-wishers even said they want to take his body round, but the family has told us they won’t bury him with his body inside the casket.”

Well-wishers, sympathisers were unhappy over the decision but the clerics said the family agreed to abide by the Islamic practice.

He was later laid to rest at his home in Ikorodu, Lagos state.

Among those in attendance were Femi Adebayo, Mr Latin, Papi Luwe and many others. See more photos below.