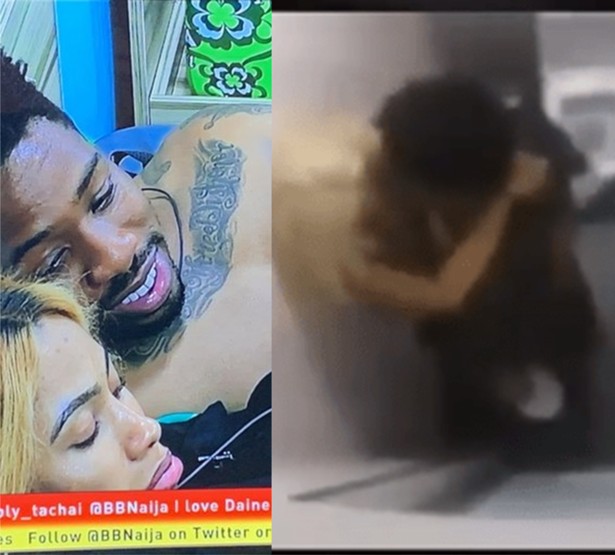 Not long after the video of Khafi and Gedoni’s lovemaking last night surfaced online, Ike and Mercy have also been caught on camera making out in the toilet.

Activity of the Big Brother House is an open book because of the cameras mounted everywhere in the house. However, it is believed that there is no camera in the toilets which might be why the couple decided to take their sexcapedes there, away from the prying eyes of viewers.

But, a new, very short video has just emerged showing Ike and Mercy making out. The duo creatively sneaked into the toilet for a brief moment of steamy romance in which Ike fondled her breasts, sucked them, grabbed her big bum while they kissed uncontrollably.

1 thought on “BBNaija: Ike and Mercy caught making out in the toilet (Video)”