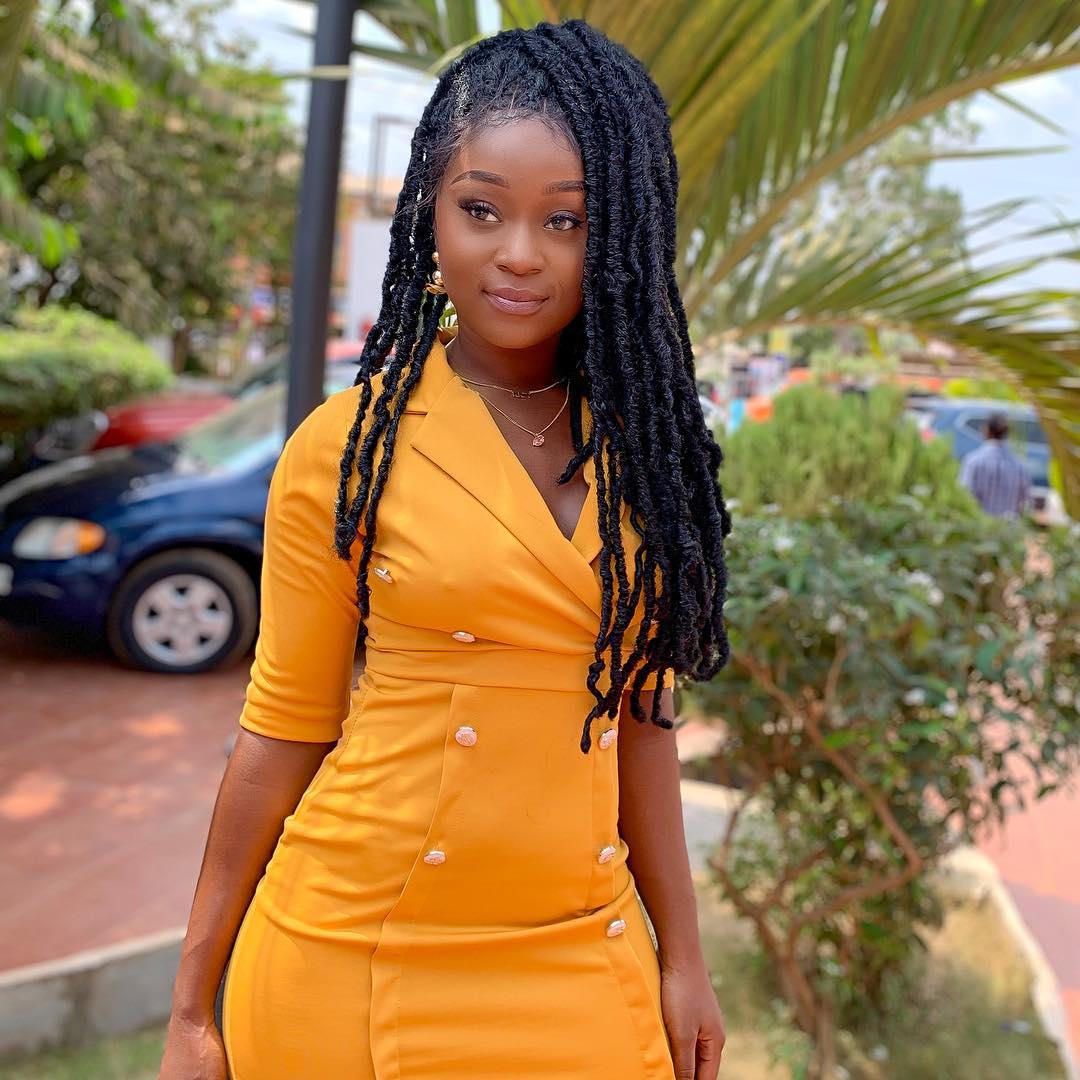 Ghanaian actress, and renowned Slay Queen, Efia Odo has stated that she does not believe in the Bible but believes in God.

Efia Odo today went biblical on Twitter and sought to find out who Cain married after killing his brother Abel as stated by the bible.

In the course of the Twitter discussion, Efia Odo made it clear the bible is just storybook with “some faith building scriptures and relatable moments”

A man waded into the discussion with some clarity to her question:

“The bible never explicitly says that these four where the only ones on earth. They had other siblings. the fact that Cain was afraid that someone would kill him for killing Abel signified that the world at the time was a close knit family. So Cain left his own people to wander”.

“Where is the wife coming from? The Wife of Cain? That’s my question.”

“His sister. They married their sisters back in the day. The way the bible puts it before Cain killed Abel he might have already been married to his sister. Like I said earlier, everyone on the earth was related the reason why Cain was afraid that one of his brothers would avenge”.

The actress continued by insinuating that Africans need to return to the religion of their ancestors.

“I’m just trying to get out of this alluded system. Before religion was brought to North Africans and transcended to us west Africans, we had our own way of life and connecting to God. Before colonization we were spiritual people. We’ve lost our sense of spirituality.”

Descending heavily on the Bible, Efia stated that it is a fairy tale book which she doesn’t believe in.

Smh y’all find excuses to believe these fairytales. Go ahead.

Well then tell the Christians that. They believe it’s actual things that happened and not just a faith building storybookI’m not an athiest dummy! I believe in God, PERIODT! Believing in God is not the same as believing in the Bible. I believe in God. I believe in God not words written by man. Don’t care if your think they were inspired or not. Your belief and mine doesn’t have to be on the same. You believe in your God and imma believe in mine.”