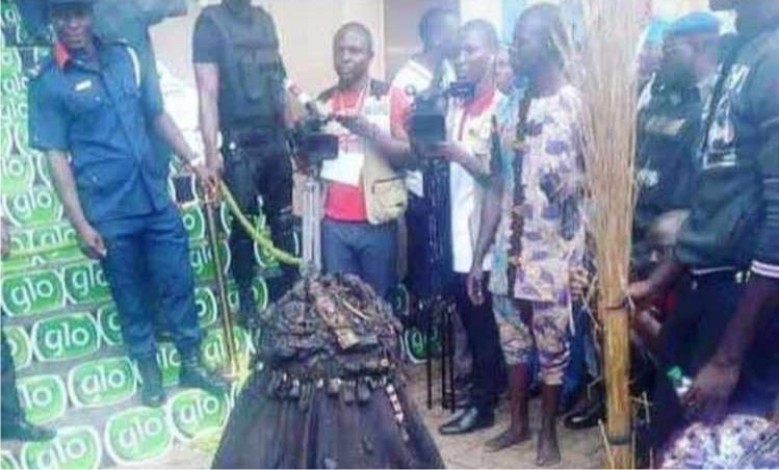 Youths in Benin City, capital of Edo State reportedly brought out AYELALA (Goddess of truth and justice) so government officials can swear they weren’t the ones who deliberately opened the prison for the prisoners to escape.

Since the youths in Benin didn’t believe the story told by Government officials, they reportedly brought out the Goddess of Truth and Justice so officials would swear they didn’t have anything to do with the jailbreaks.

See the photo from the dramatic scene below.