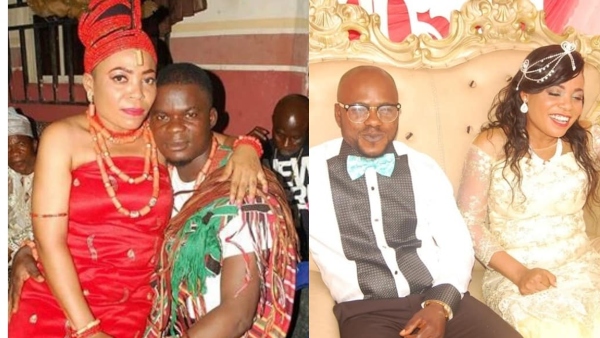 The best man who was accused of marrying a groom’s wife who was never divorced, has finally broken silence after our report went viral.

It was everywhere in the media recently that 39-year-old Shola Motunbi who got married to Marian Ekiomado in August 2016, recounted how he caught his wife neck-deep in cheating shortly after their marriage. Shola who has since filed a suit in a magistrate court to seek redress in what he termed has “breach of marital laws”, said;

“What got me suspicious was that after she was 3 to 4 months pregnant, having terminated 2 pregnancy in the name of stress. she called her younger brother to fight and injured me in the house and I left and returned after she delivered on the 5th September 2017, I went there just once to see the child with my family after then she refuses to take my calls and refuses to bring the child for me to see. These made me get suspicious the more and so demanded a DNA test which she and her parent refused, to my greatest surprise I receive a call on Saturday 27th if April 2019 that she’s getting married in her mother’s house at Sapele road. I later found that she was getting married to the man who bests me.”

However reacting to the claims, the alleged best man who was accused of marrying the groom’s wife, stated that they’ve never met before. Sharing a photo to back his claim, he wrote;

Don’t ever. Judge a book by it’s cover always learn to hear from the other side. It has been trending on social media . he claimed I was his best man .I have never seen this man all my life . Thanks to this helpful photographer for this pics.

This was his best man sited beside him. So many unfriendly friends commenting ,posting rubbish on air without knowing the true story . it very easy to spoil and hard to repair , I never wanted to post anything but,i just decided to drop this here atleast to let you know how false this story was. Thanks to my true friends who put calls and messages across to know what was going on . you guys remain in my heart.and soon justice shall prevail I mean soon.