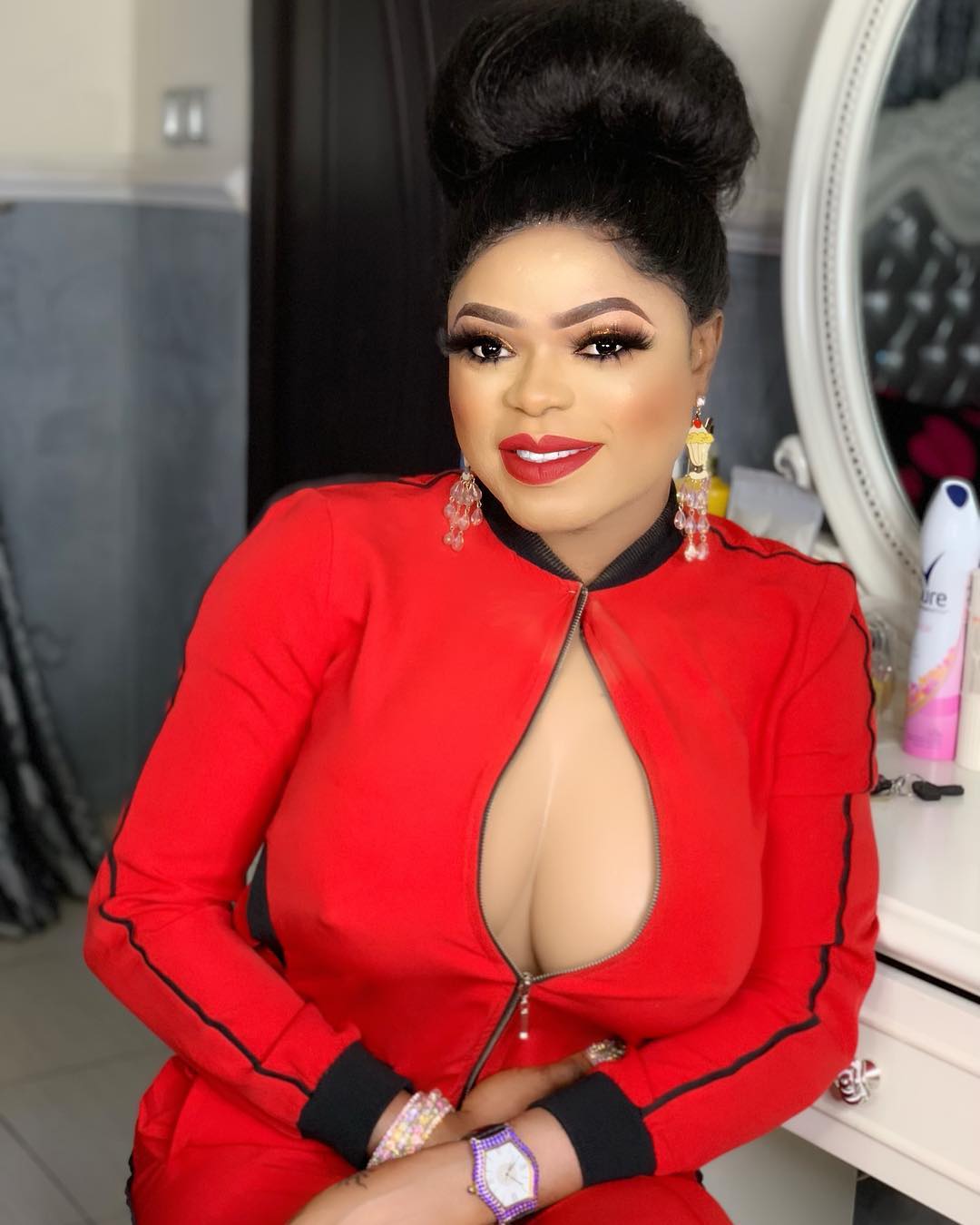 Hate him or love him, Nigerian controversial cross dresser, Bobrisky knows how to set the internet on fire! He has now told his followers to get ready for another blast after he promised to post bikini pictures immediately after Ramadan is over.

This was after he posted a picture of him flaunting cleavages to the amazement of social media users who wondered when he developed breasts.

According to Bobrisky, the fans haven’t seen anything yet. He revealed that he would have loved to wet their appetite with bikini pictures but can’t for now because of the ongoing Ramadan fasting period.

He however promised to show off more than cleavage as soon as the fasting is over.

1 thought on “Bobrisky Promises To Post Bikini Pictures After Ramadan”