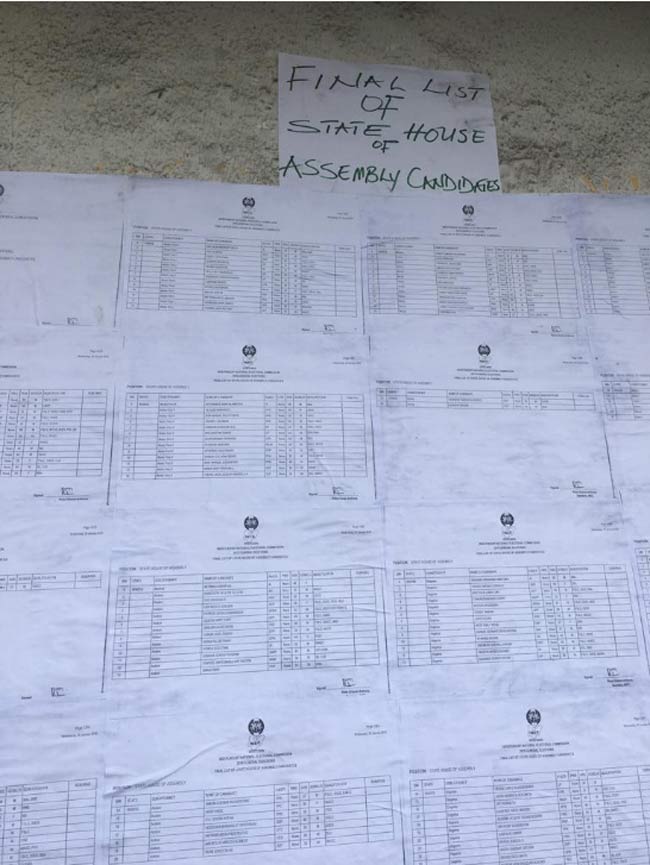 The Independent National Electoral Commission (INEC) has released a final List of Governorship and House of Assembly candidates in Rivers State.

According to reports from ChannelsTV, the names of the candidates from All Progressives Congress (APC) did not make the list.

On Thursday, INEC published the final list signed by the commission’s secretary, Rose Orianran-Anthony. The candidates of the Peoples Democratic Party (PDP), Social Democratic Party (SDP), and Labour Party among others made the list. However, those of the All Progressives Congress (APC) were excluded.

A Federal High court in Port Harcourt, the state capital had nullified the direct and indirect primaries conducted by the two factions of the APC in Rivers.

The court presided over by Justice Kolawole Omotosho held that both primaries were not conducted according to the law.

Justice Omotosho had also restrained the electoral body from recognising Tonye Cole and Magnus Abe as governorship candidates of the APC in the general elections.

Senator Abe was declared the winner of a direct governorship primary conducted by a faction of the party in 2018 after polling 144, 929 votes.

But Cole emerged the winner of an indirect primary held by another faction with 3,329 votes.

Following the rulings. the Resident Electoral Commissioner in Rivers, Obo Effanga, insisted that they would always abide by court’s injunctions.

Below are more photos of the Final list released in Rivers state today.