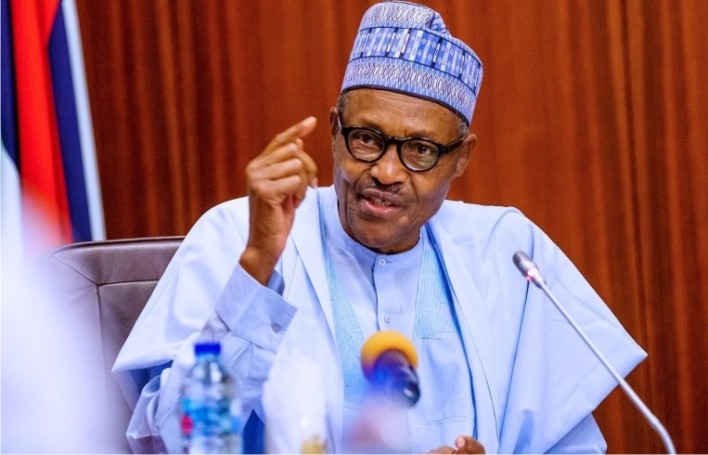 President Muhammadu Buhari has lashed out at some state governors and Nigerian youths on Thursday during his first TV interview in several years.

During the interview with Arise TV, the president told governors, to sit up and handle the worsening insecurity in their respective states, instead of waiting for him.

On the paart of the youths, he warned them to behave themselves and ensure the nation is secured if they want jobs in the country.

When questioned on the decline in Foreign Direct Investment (FDI), Buhari said he has told Governors and traditional rulers to tell the youths that they should behave themselves and make sure that Nigeria is secure so foreign investments can come.

Buhari bemoaned the spate of violence in the country blaming the #EndSARS protesters for the lack of investments and jobs in the country.

“About 200 buses bought by the former governor of Lagos were burnt by restive youths. Who would go and invest in such an environment? Nobody. It is just common sense.

”I told them to tell the youths if they want jobs they should behave themselves, make Nigeria secure so that people can come and invest. Nigeria is resourceful, everybody knows that, God has really endowed us.”

Buhari passing the security buck back to the governors said governors having security issues in their states should not just sit back after winning elections and expect people to do their jobs for them.

He advised them to revert to the traditional ways of tackling insecurity by involving traditional institutions and community leaders that are very effective at the local level.

According to the President, the governors should be able to tackle these security situations because they have “very effective traditional institutions” and security systems at the state and local levels.

On his appointments, Buhari said his appointments are on merit as he can’t just pick somebody to fill a particular position “just to balance up” while neglecting those who had passed through the training and ranks.

He said; “They trained in Zaria or Abeokuta, they come through the ranks and because they served under all the circumstances, the crises and everything and they gradually rise to the status.

“And you think, you will just pick somebody just to balance up. These positions have to be earned. There are people who have been there for 10 to 15 years.

On what he is doing to make the people of the south-east feel included in his administration, the President said;

Also commenting on Boko Haram attacks, Buhari averred that insurgency in Northern Nigeria is largely fuelled by youth unemployment and poverty. He also insisted that his government has done a lot to fight the terrorists, but the problem in the “North-East is very difficulty.”

The President also said that he believes that majority of Boko Haram members are Nigerians after being told so by Governor Babagana Zulum of Borno state.

Buhari further disclosed that he has given the military and police a marching order to be ruthless on bandits in the North-west and North-central zones of the country. He added that Nigerians will see the difference in the activities of the security agents as the country cannot afford another famine that could arise if the activities of the bandits are not checked.

The President said; “People of the same culture killing each other, stealing each other’s cattle, as I said, we are going to treat them in a language they understand.

“We are going to give the police and the military power to be ruthless and you watch it, in a few weeks time, they will be different.”

He also described the Indigenous People Of Biafra (IPOB) as “a dot in a circle,” adding that he has been assured by “the elderly people” and “the youths” from the south-south part of the country that the region has no intention of seceding.

The President insisted that they will be dealt with in the language they understand as the police and the military will go after them.

“I was encouraged by what I heard, nobody told me. Two statements from the south south: one by the elderly people, they said this time around there would be no (secession). And again the youth made the same statement; such encouragement.

“So that IPOB is just like a dot in a circle. Even if they want to exit, they’ll have no access to anywhere. And the way they are spread all over the country, having businesses and properties. I don’t think IPOB knows what they are talking about.

“In any case, we say we’ll talk to them in the language that they understand. We’ll organise the police and the military to pursue them.”