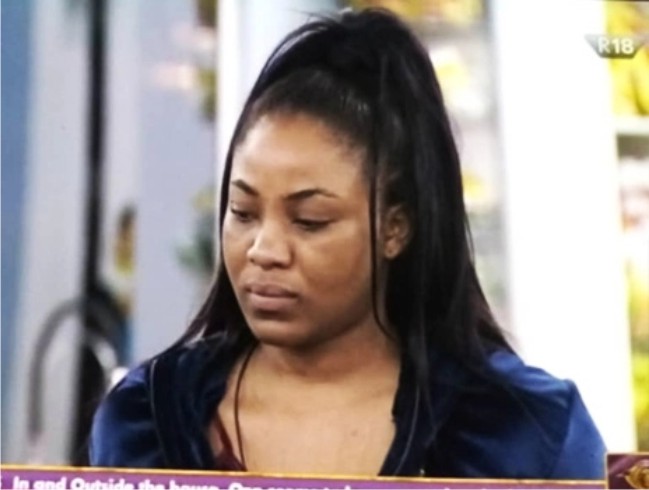 Erica has been disqualified from the ongoing Big Brother Naija Lockdown Show.

Biggie disqualified Erica after finding her guilty of flouting house rules again following her tensed face-off with Laycon and Prince after the Saturday night party.

Erica bagged her first strike for whispering in the House and her second for spending more time than required as a visitor in the HOH lounge, making her one strike away from disqualification.

On Sunday, September 6th, she got her third and last strike which was the final step into disqualification.

Erica’s disqualification strike was due to her confrontation with Laycon about his claims she tried to kiss him multiple times. Laycon remained silent as Erica went off insulting him and made some derogatory body shaming remarks.

Not long after that, Erica went on on another confrontation with Prince, the Deputy Head of House. She refused to let Prince sleep on the bed and even poured water on his side of the bed to stop him from sleeping on the bed.

1 thought on “Breaking: Erica has been disqualified from the #BBNaija Lockdown Show”