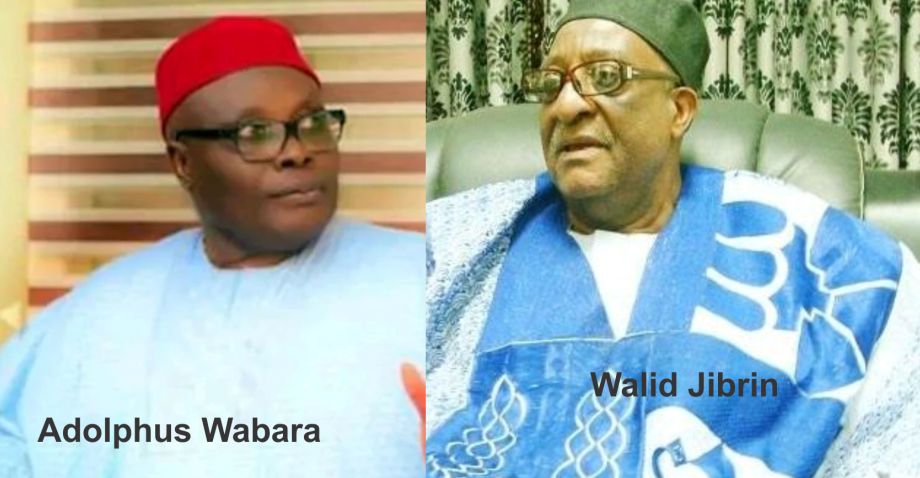 Adolphus Wabara, a former Senate President of Nigeria, has emerged the acting Chairman of the Board of Trustees of the Peoples Democratic Party (PDP), after Walid Jibrin resigned from the position on Thursday.

He was also appointed the Political Adviser of Dr. Iyorchia Ayu, the National Chairman of the party.

Before now, the former senate president was the Secretary of the PDP BoT and would also be appointed to the presidential campaign council of the PDP.

According to Punch, a source said, “The Sokoto State Governor, Aminu Tambuwal, will also resign shortly as the Chairman of the PDP Governors Forum.

These are reports coming out from the PDP BoT meeting taking place in Abuja.

The first news to come out of the ongoing 97th BoT meeting was the resignation senator Walid Jibrin as the BoT chairman.

According to Jibrin, he made the decision as part of efforts to help the party’s presidential candidate, Atiku Abubakar, win the 2023 election.

In his words, “I took this decision based on what I said in the past. I said that all we want to make sure of is that Atiku Abubakar becomes the President by all means, and that is why I sincerely decided to step down from the BoT. I discussed this with the candidate and he agreed with me. I am sure if the party wins, I will be given a bigger position.”