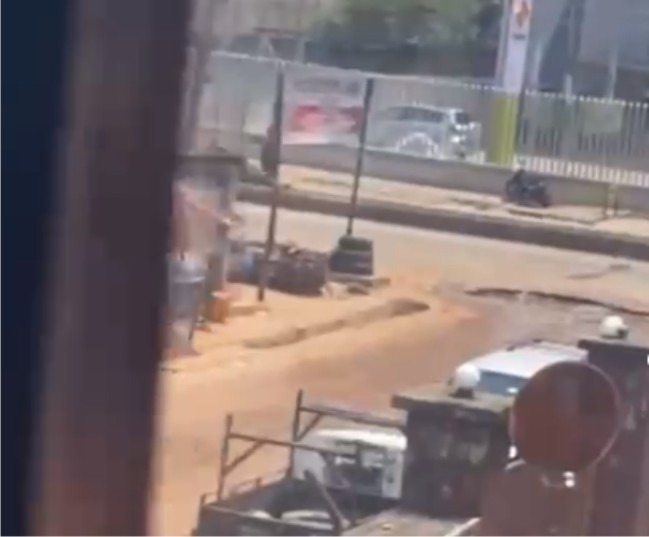 Owerri, the capital of Imo State has been thrown into chaos once more as unknown gunmen attacked again on Tuesday afternoon, May 25.

Residents and those doing business around Douglas road, and from Okigwe road to Orji axis were sent running for their lives after the gunmen went on open fire.

The Police station in Orji is also under fire at the moment.

Below are videos of the gunmen shooting sporadically in front of Access Bank, around Hadel juncion, Orji and the burning at Orji Police Station.