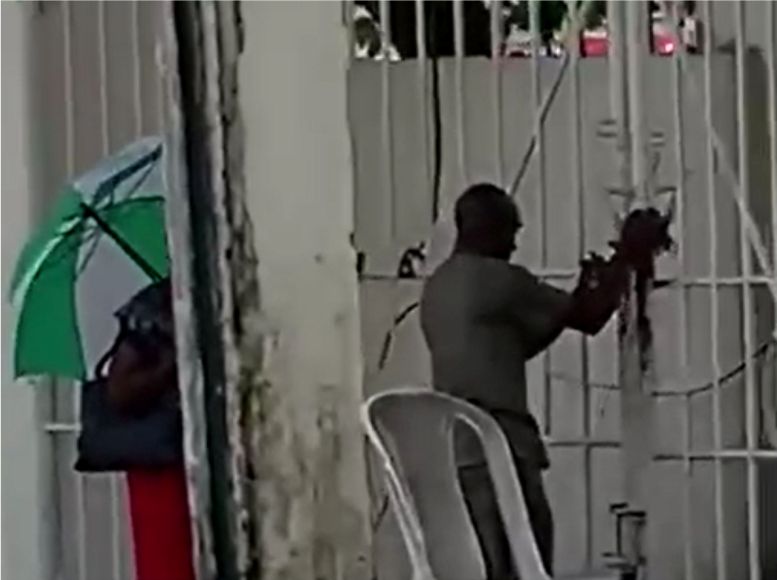 Gunmen returned to the city of Owerri, the Imo State capital on Monday morning, October 4th, 2021 and started shooting sporadically in different areas of the city.

Students who were sent back home because of the incident were seen among people scampering for safety.

Watch some of the videos from the incident below.

IMSU gate being locked up during the shooting