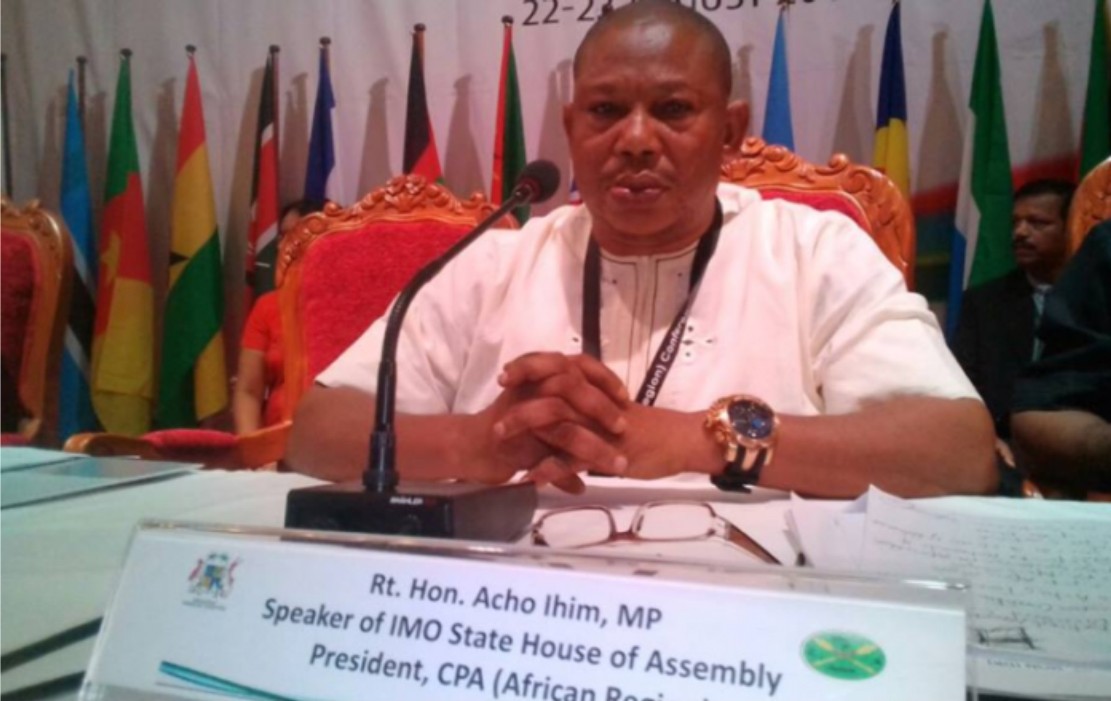 The Imo state House of Assembly complex on Thursday witnessed heavy presence of men of the Nigeria police force, Army, Department of Security Services and Civil Defense Corps who were allegedly there to guard against a possible impeachment of the Speaker and his deputy.

Punch reports that the development was sequel to speculation that some lawmakers numbering about 19 had perfected plan to impeach the speaker, Acho Ihim and his deputy, Ugonna Ozurigbo, during plenary.

While the security agents barricaded all entrances leading into and out of the complex, only the lawmakers, media men and Assembly workers were allowed entry into the compound.

The report further revealed that the plot to impeach the speaker and his deputy was being hatched by some lawmakers who want to get at the two principal officers in order to have their ways in determining who emerges the next speaker of the 9th Assembly.

But during the plenary, the speaker directed that five suspended lawmakers be invited to interface with other lawmakers April 16 during executive session.

He issued the invitation after Hon Chika Madumere (Nkwerre) had moved a motion for the recall of the five suspended lawmakers.

Ihim disclosed that that had been advanced in order to ensure that the suspended lawmakers were recalled.