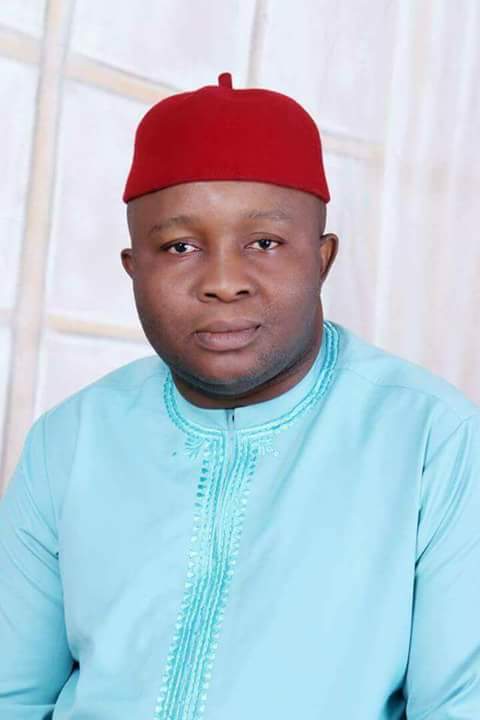 The ongoing political drama and power tussle at the Imo state House of Assembly on Thursday took a new twist, as the deputy speaker, Ugonna Ozurigbo tendered his resignation letter, Punch reports.

The deputy speaker’s resignation came less than 24 hours after 21 out of the 27 state lawmakers served impeachment notices on the speaker, Acho Ihim and the majority leader, Lugard Osuji.

The lawmakers who elected Chinedu Offor (Onuimo) the acting speaker and Lloyd Chukwuemeka (Owerri North) the new majority leader, said that the suspended two principal officers had engaged in unparliamentary conduct by escaping with the mace during the Wednesday’s plenary.

The resignation letter which was sighted by a correspondent of Punch in Owerri on Thursday morning was dated May 15 but was received by the office of the Clark of the state House of Assembly on May 16.

The letter of resignation which Ozurigbo personally signed was addressed to the speaker and members of the state House of Assembly.

Ozurigbo in the eight paragraph letter of resignation stated that he was resigning to enable him to function well as a member-elect of the House of representatives.

He was in March declared the member-elect for Nwangele, Nkwerre, Isu, Njaba federal constituency of the state by the Independent National Electoral Commission on the Platform of the All Progressives Congress.

The resignation letter partly reads, “As you already know, I have been sent to another four years mission by my federal constituency in Imo state, at the federal House of Representatives, Abuja.”

“This new task has come with its own challenges and expectations, especially need to play key roles in the formation of the National Assembly leadership, and time to strategically position, to pursue the greater interests of Imo state, South East and Nigeria, at the federal legislature. Currently, these will make my availability in Imo state irregular.”

“Thus, for your efficiency and the good of Imo people, I hereby resign as the Rt Hon. deputy speaker of Imo state House of Assembly (8th House), effective from the date written above.”