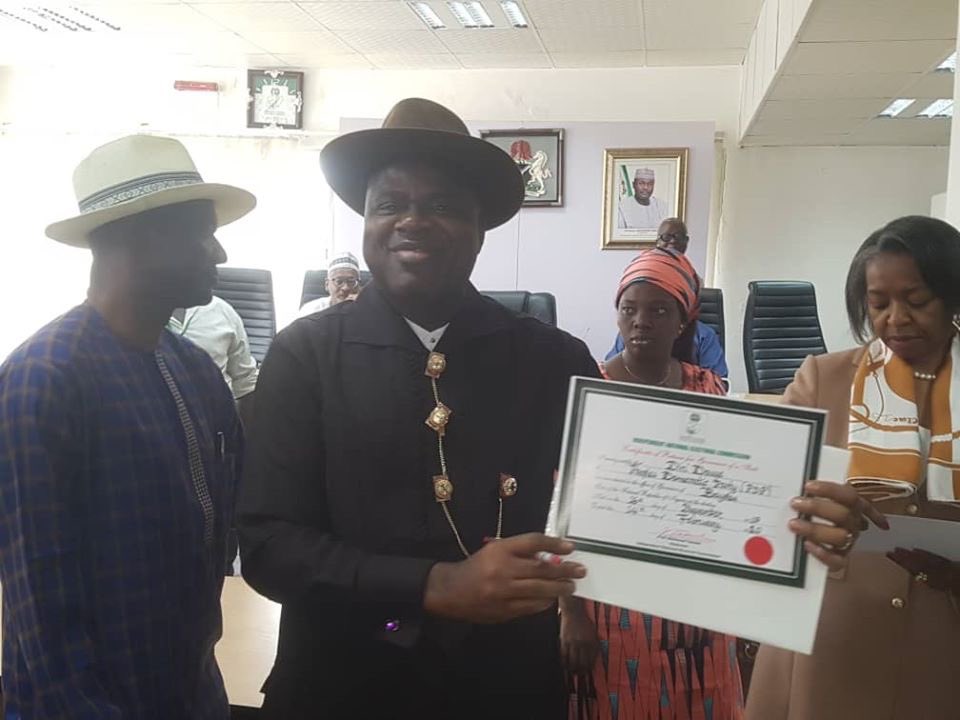 The Independent National Electoral Commission has issued a Certificate of Return to the candidate of the Peoples Democratic Party, Douye Diri in line with the order of the Supreme Court.

INEC’s Chairman, Prof. Mahmood Yakubu, who briefed newsmen after its emergency meeting said with the disqualification of Lyon of the APC, the total number of valid votes now stood at 149,999.

He said out of this, Diri polled 143,172, and similarly scored more that 25 percent of lawful votes cast in all eight Local Governments.

He said the number of cancelled votes stood at 90,822, while APGA’s candidate, which is Diri’s closest rival, scored a paltry 1,299 votes.

Yakubu said with the number of votes garnered by Diri, the election was conclusive and that the PDP’s candidate had been declared winner of the poll.